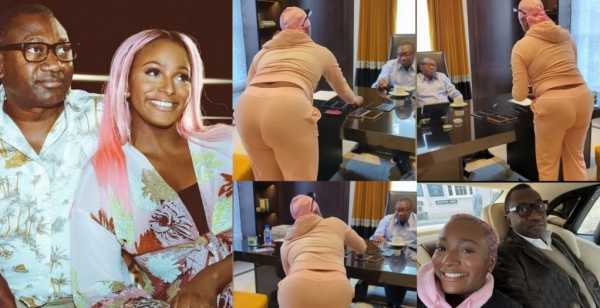 Popular Nigerian female disc jockey, DJ Cuppy, has revealed that she pranked her Billionaire Dad, Femi Otedola, at their mansion in the UK.

In a video she shared on social media, DJ Cuppy was seen hiding a fake rat under her father’s table.

She pretended to be assisting him with work when she let out a loud scream and pointed under the desk to show her Daddy the rat.

Femi Otedola was at first scared, but after he heard her laughing, he became pissed.

Cuppy also confirmed that her Dad is currently pissed at her.