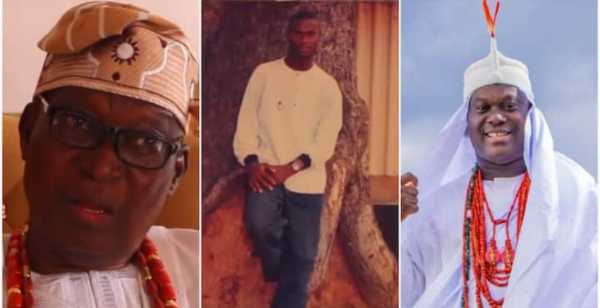 Ooni of Ife’s Dad, John Oluropo Ogunwusi has in an interview spoken about how his son, Oba Adeyeye Ogunwusi’s birth was already prophesied.

During an interview with BBC News Yoruba, Oluropo said now that he is a king, his son has by tradition become his father.

He revealed that he and his wife were together one afternoon when a prophet approached them.

The king’s father stated that the prophet told them that their child who would be born at exactly 1 am would be the most famous in the family. According to him, he never saw the prophet again after that moment.

After the child was born, Oluropo’s father told him that the kid would be king and his head should never be smacked.

According to Oluropo, When the time to choose a king came, The man who said he has three sons revealed that all his brothers rejected the offer to become king except Oba Adeyeye Ogunwusi.

The Father added that the king learnt things faster when he was young and did not need to be really taught before he got a grasp on a task.