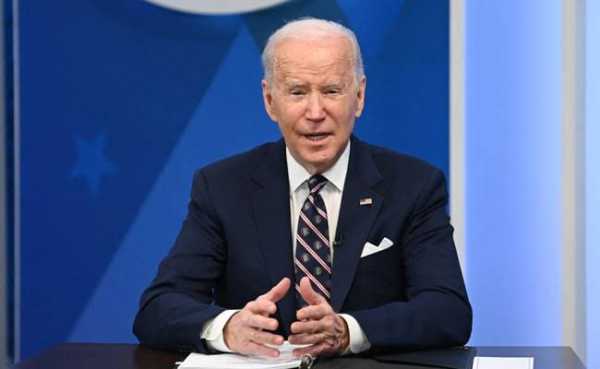 US President Joe Biden on Thursday proposed a huge $33 billion package for arming and supporting Ukraine, saying that “caving” into Russia is not an option for the West as the war stretches into the third month.

He acknowledged the dramatic costs of US backing for Ukraine but said there was no real choice in the struggle with Russian President Vladimir Putin.

“The cost of this fight is not cheap. But caving to aggression is going to be more costly if we allow it to happen,” he said.

Reflecting the scale of the US assistance to Ukraine, which is badly mauling the larger and more heavily armed Russian forces, Biden confirmed that the United States has already sent 10 tank-killing weapons for every Russian tank sent into the country.

However, he pushed back against increasingly heated claims by Russian officials and state media that Moscow is fighting the entire West, rather than only Ukraine.

“We’re not attacking Russia. We are helping Ukraine defend itself against Russian aggression,” Biden said.

And after Russian state gas giant Gazprom announced it was cutting supplies to NATO and EU members Bulgaria and Poland, Biden said the United States was working to shore up European energy supplies.

“We will not let Russia intimidate or blackmail their way out of these sanctions. We will not allow them to use their oil and gas to avoid consequences for their aggression,” Biden said.