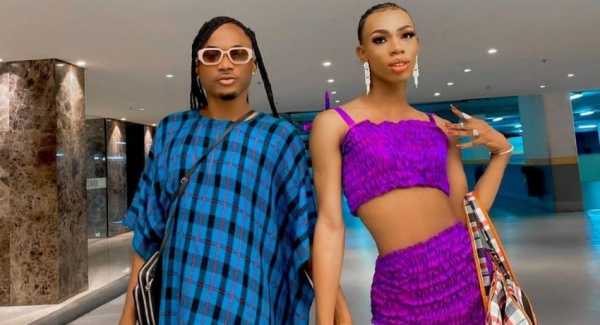 Tobi The Creator, who features in videos and photos with James Brown, has denied being a crossdresser.

Now, with the House of reps members considering a bill to criminalise crossdressing, except when it’s done for the purpose of entertainment, Tobi has released a disclaimer, stating that he crossdresses only for entertainment purposes.He wrote: 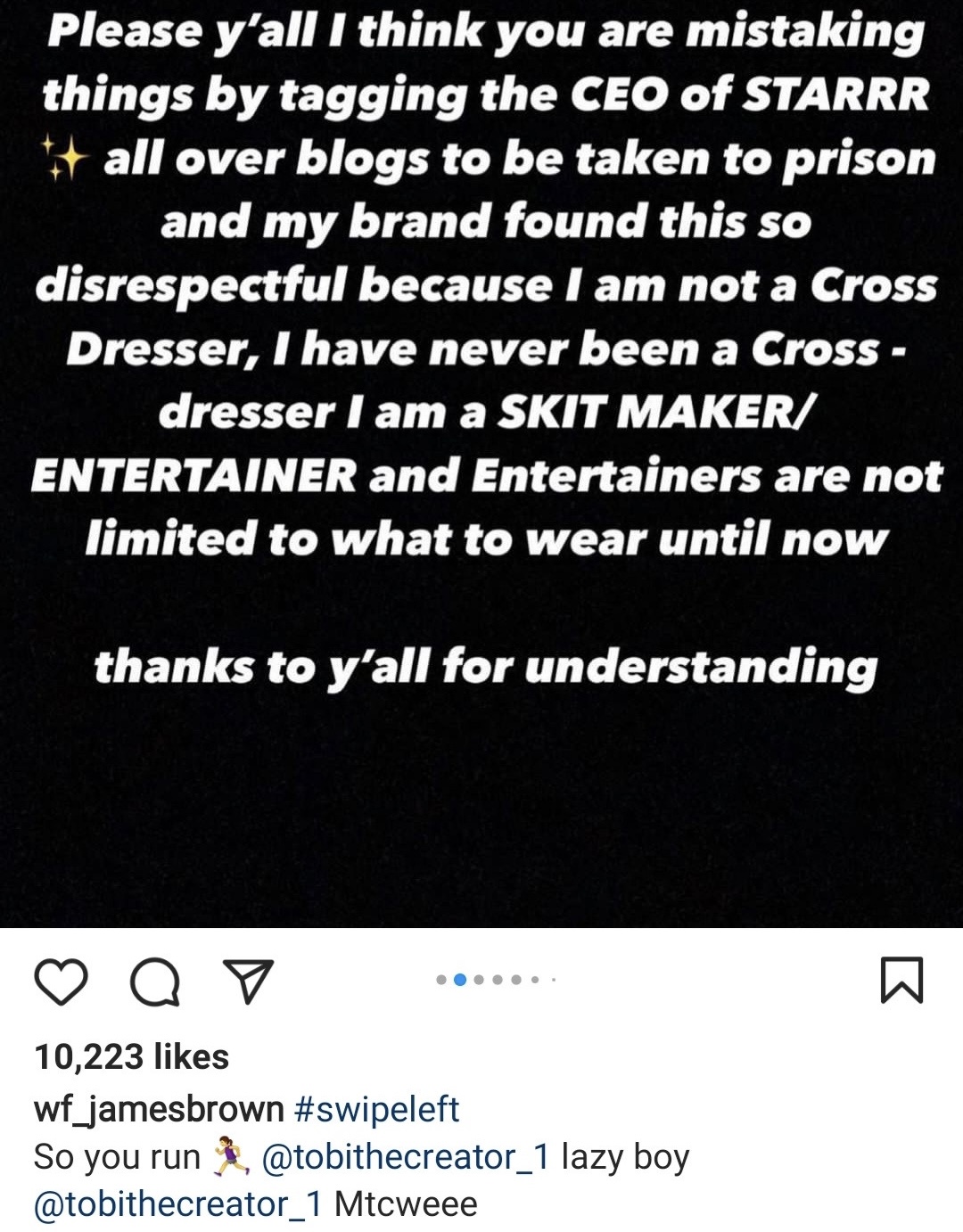 James Brown, who is currently schooling in the UK, reshared Tobi’s disclaimer and mocked him for running.

If the bill becomes law, crossdressers will be sentenced to 6 months in jail if found guilty.