Home Entertainment Lesbians Now Rushing Me – Nkechi Blessing Cries Out (Screenshots)
Facebook
Twitter
WhatsApp
Nollywood actress, Nkechi Blessing Sunday has said that lesbians are now in her inbox asking her out.
This comes after she revealed that she’s a lesbian.
Recall that she made the revelation while reacting to her ex-lover, David Falegan’s allegations.
He had accused her of secretly engaging in the act while announcing the end of their relationship.
In new Instastory posts she shared, Nkechi stated that she doesn’t know what her ex-boyfriend does for a living.
Nkechi further accused him of living a fake life and also rubbished his “honorable” title. According to her, he doesn’t hold any office that equates such title.
She also shared chats where she told him that she doesn’t want anyone to attach the hard work she puts in every day to any man.
Read the chats below: 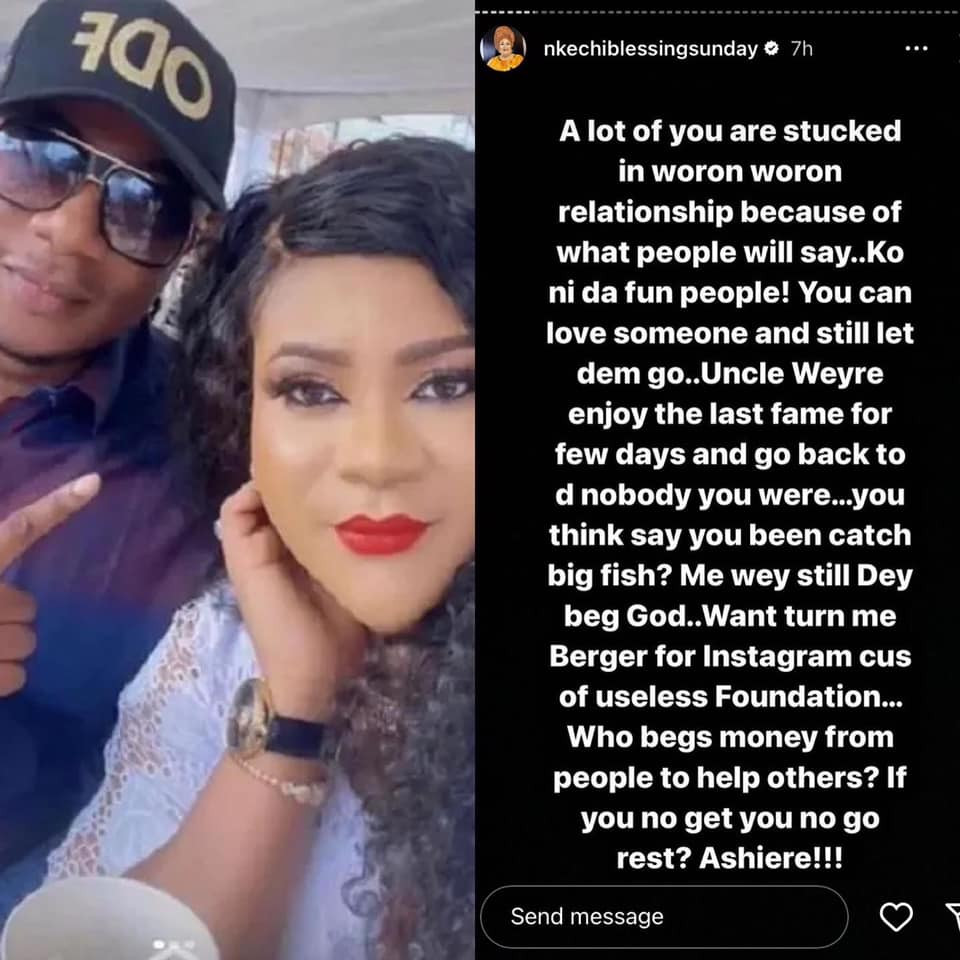 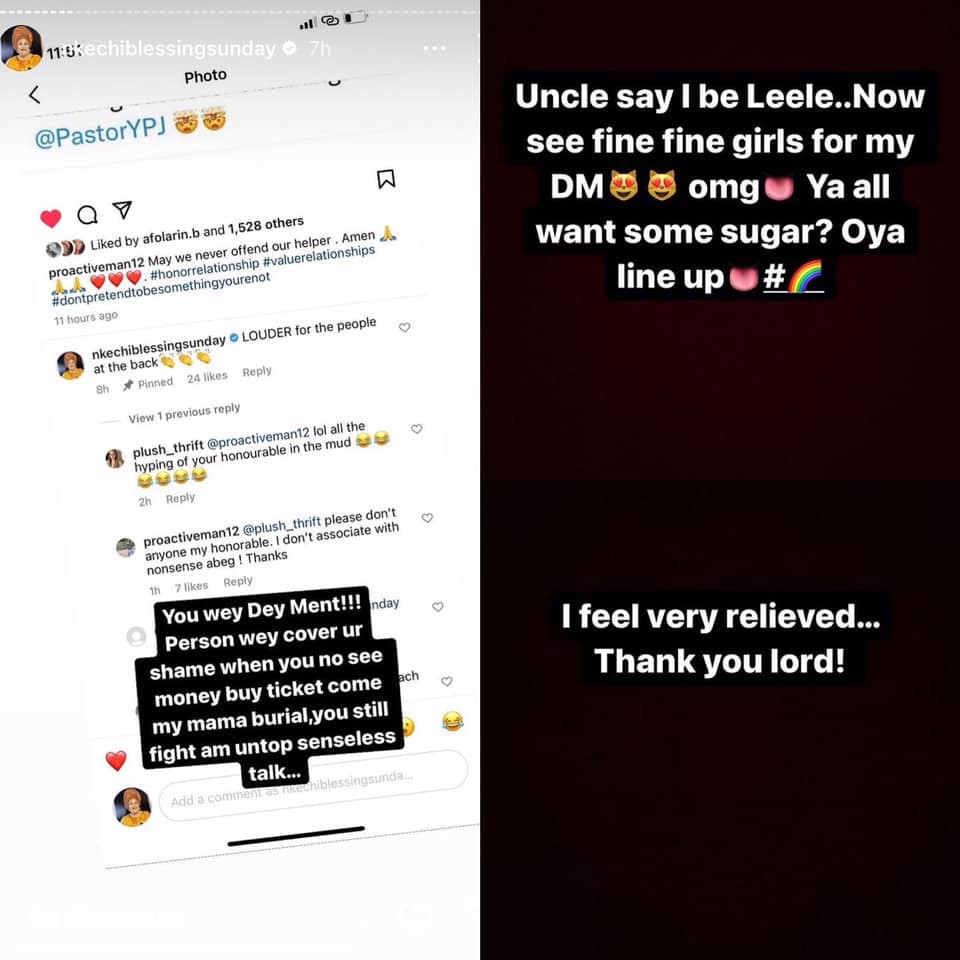 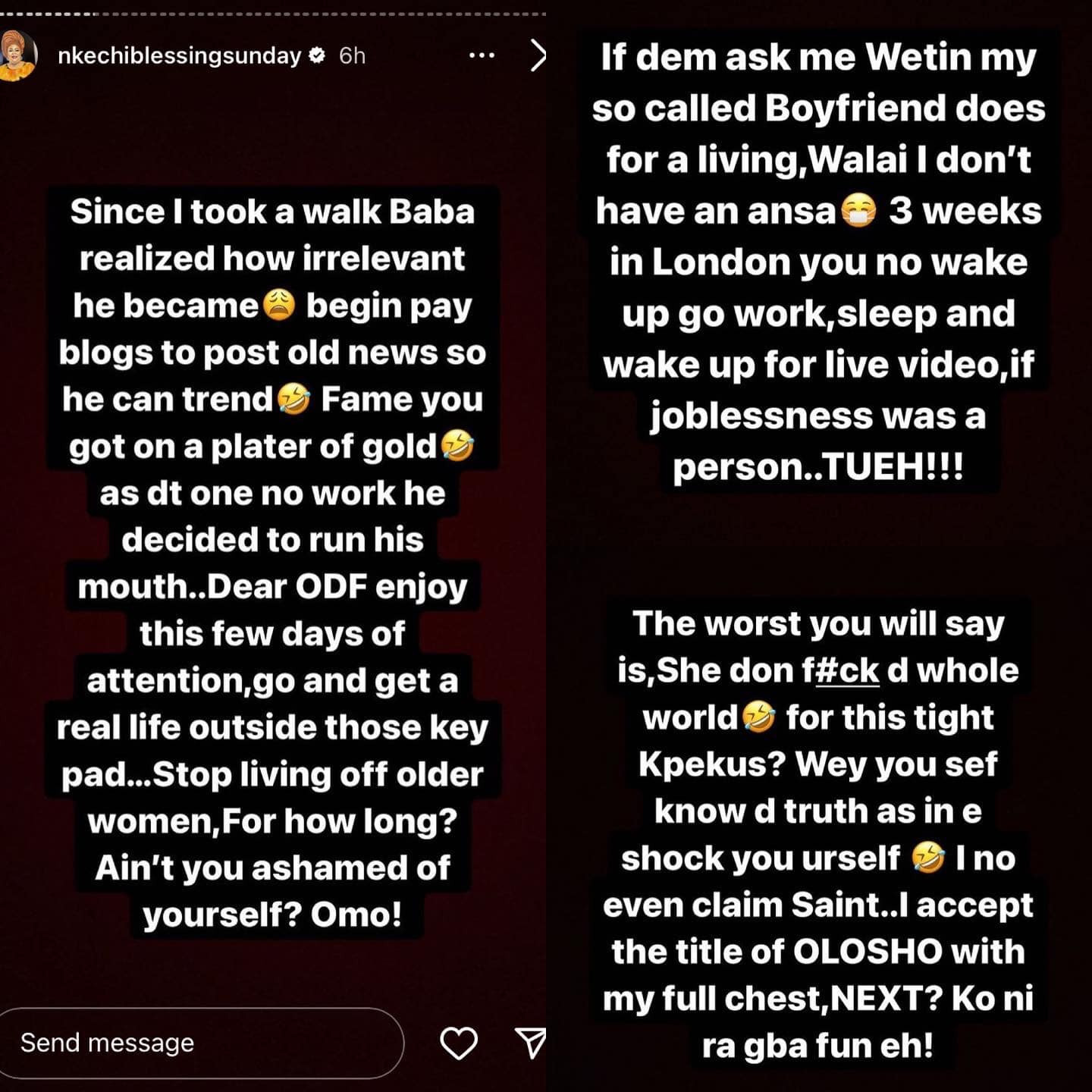 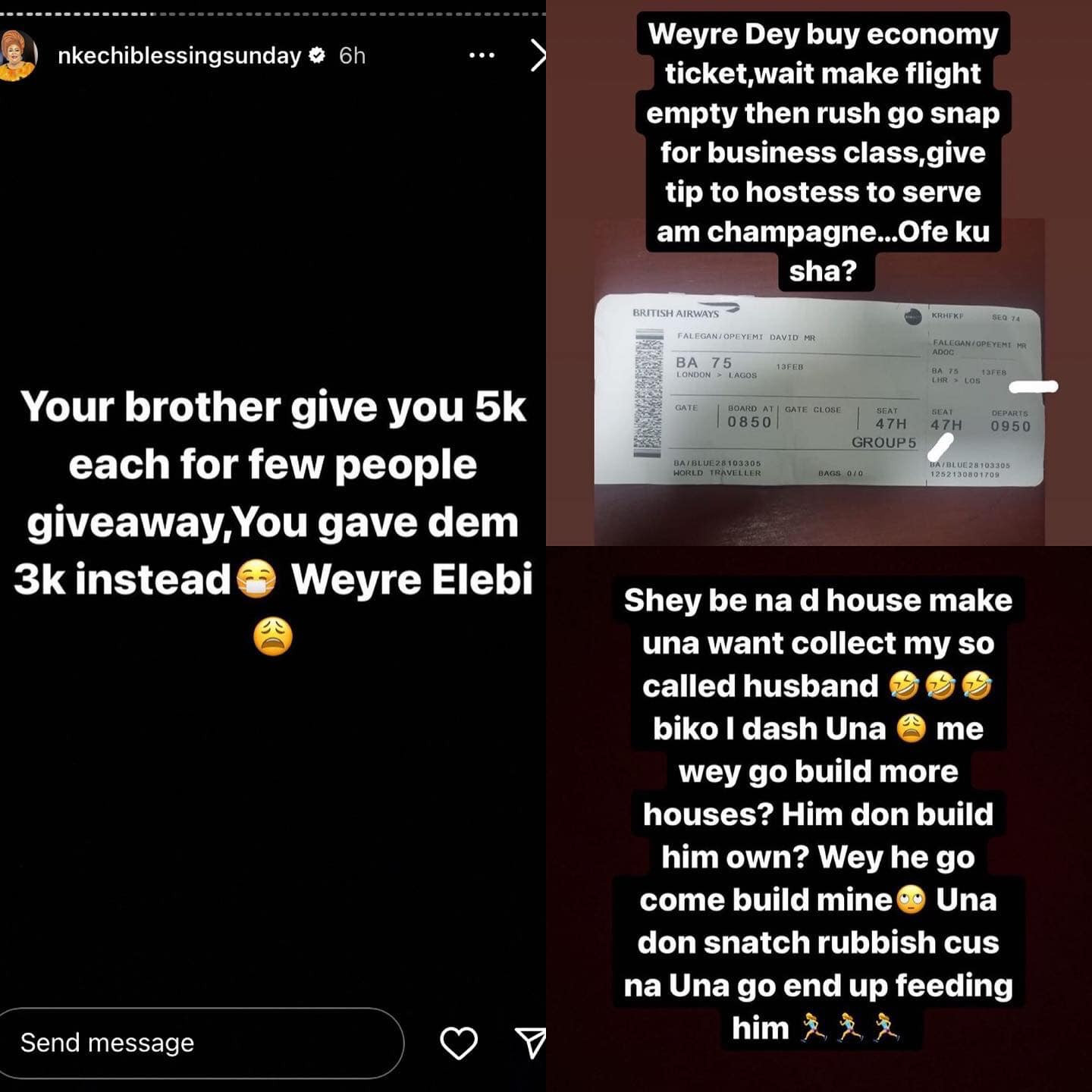 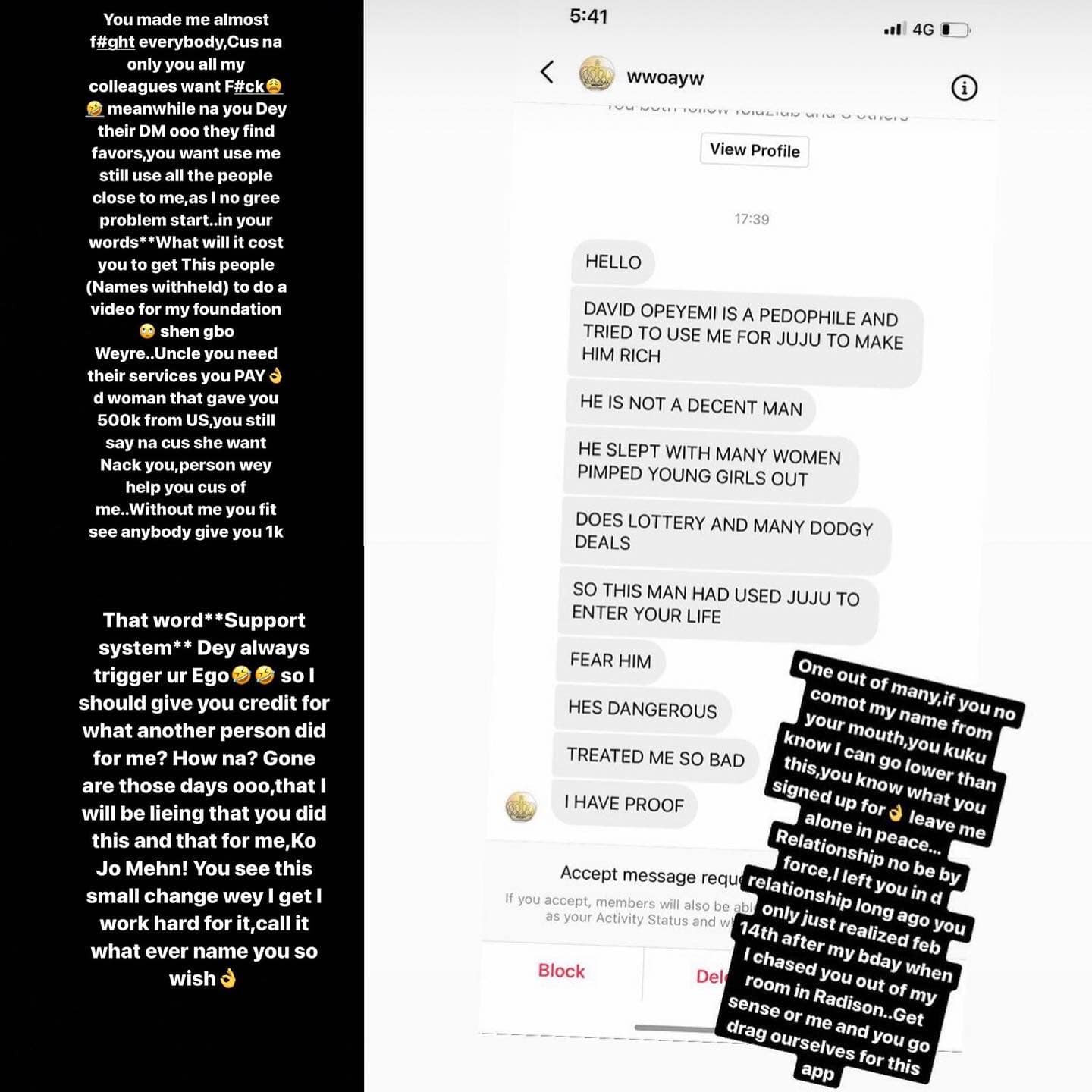 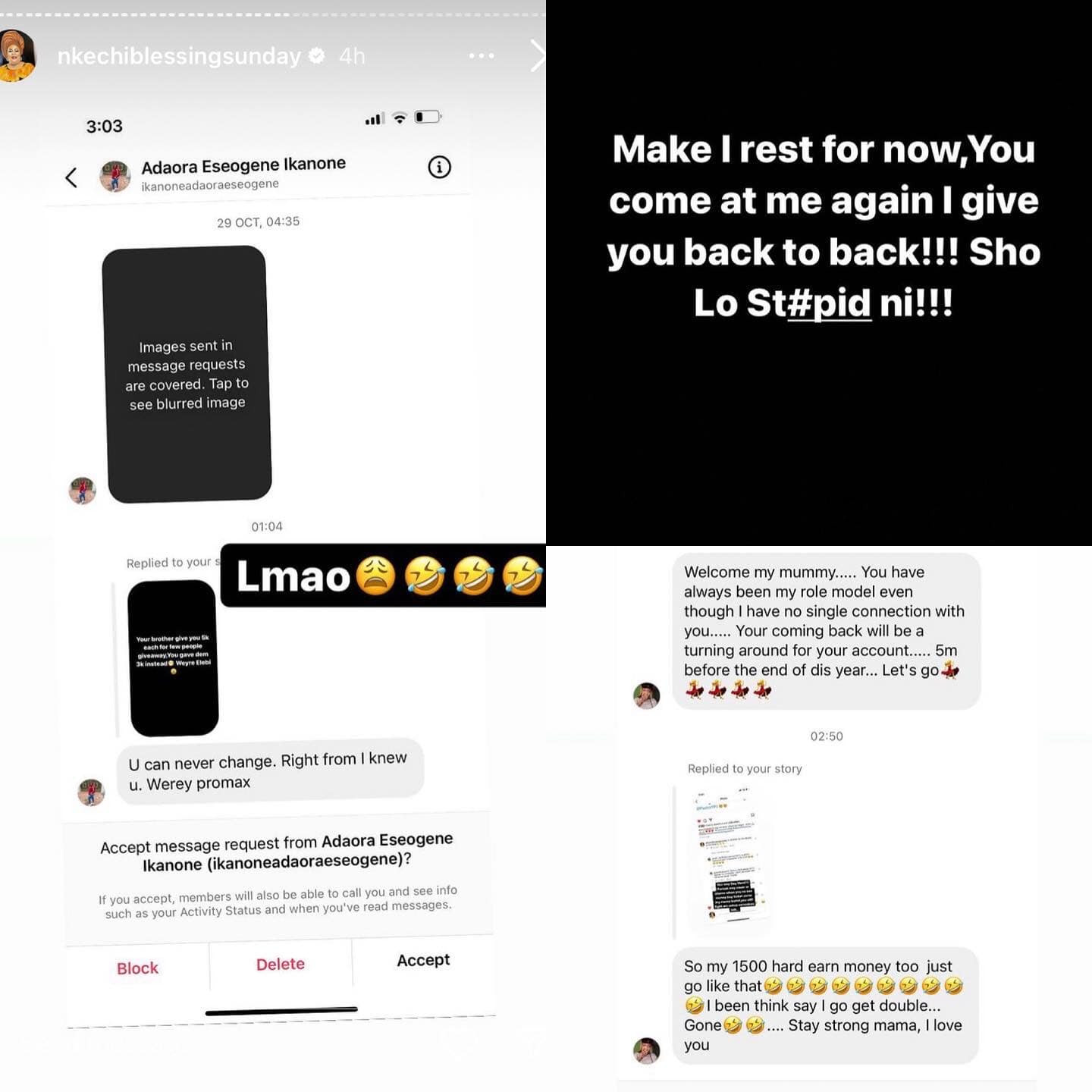 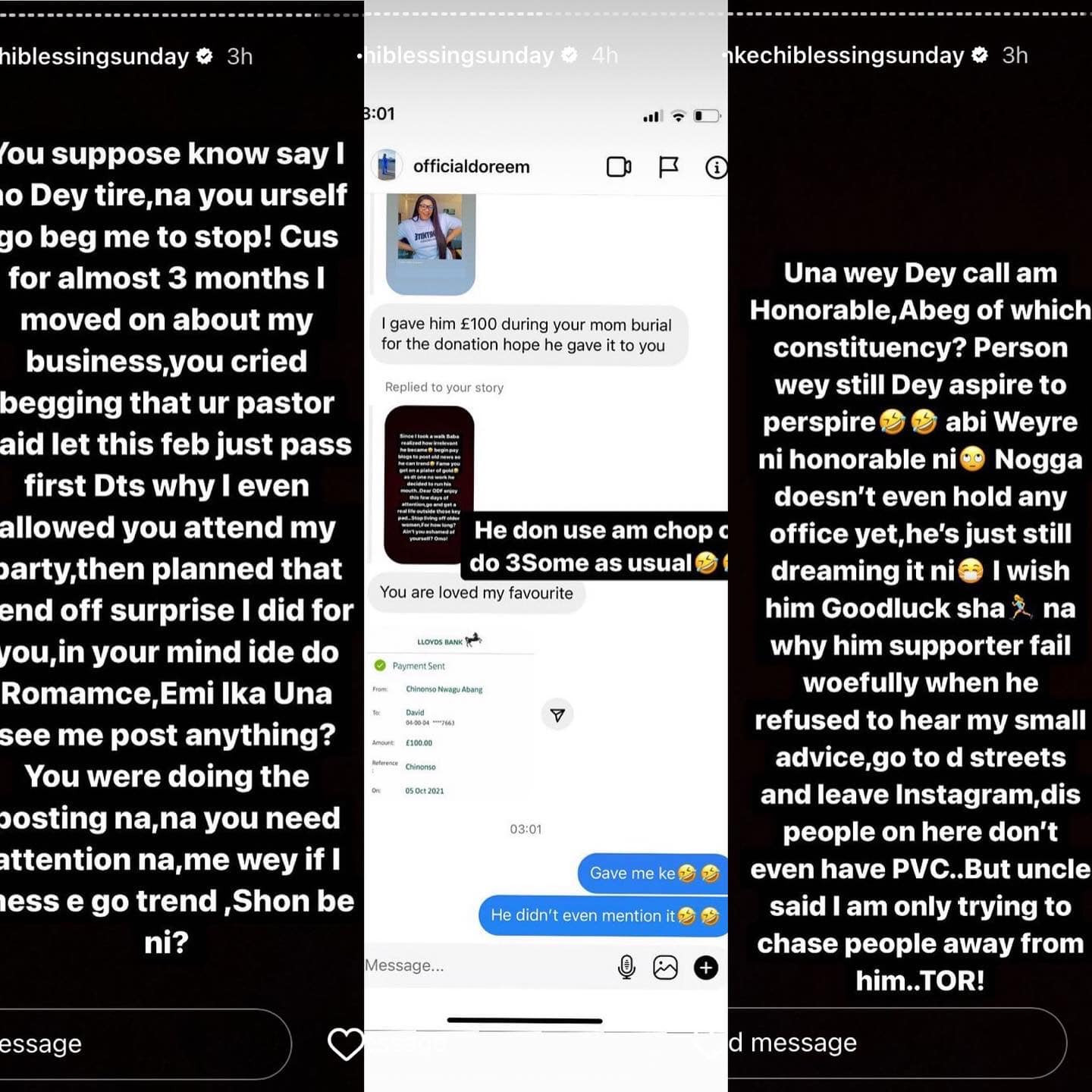 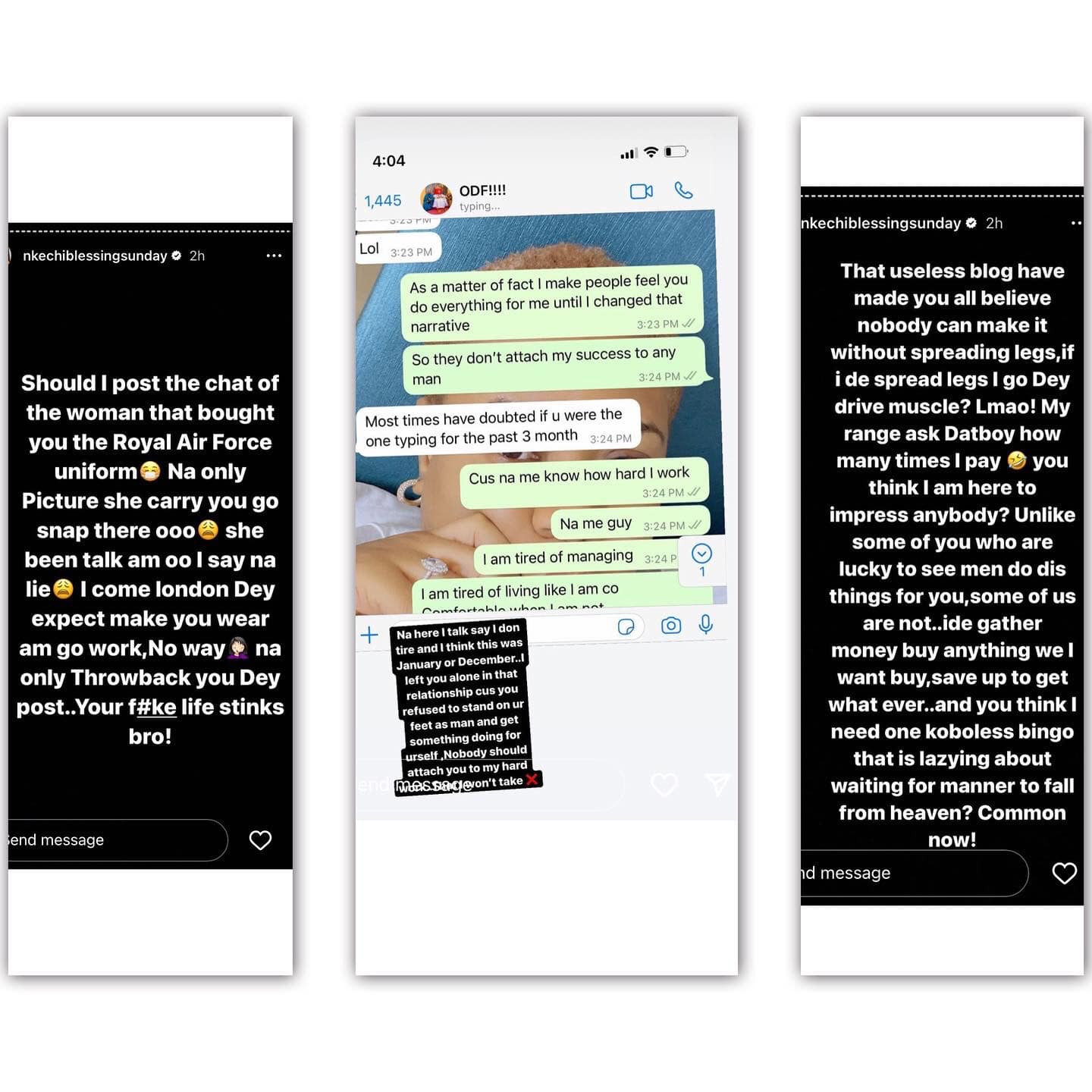 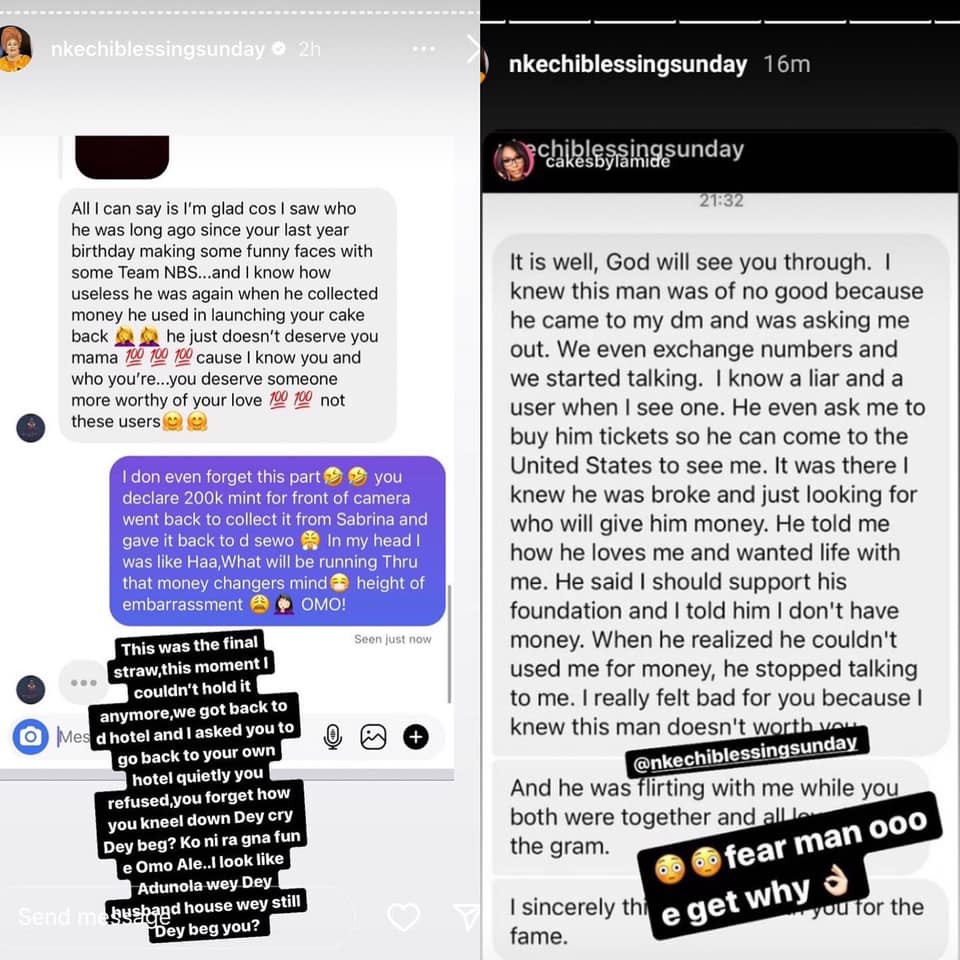