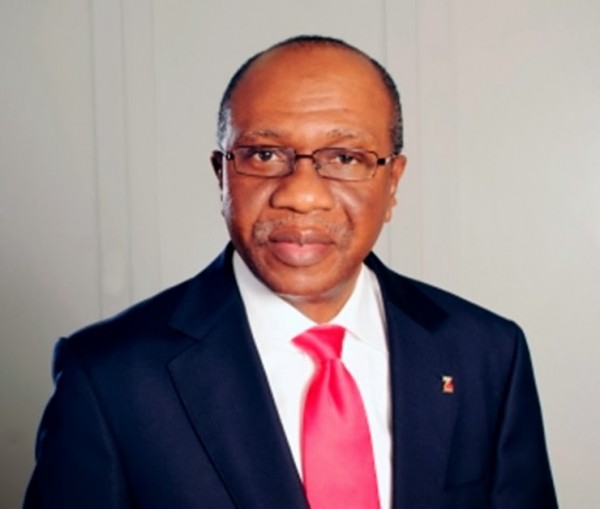 Godwin Emefiele, Governor of the Central Bank of Nigeria (CBN), has filed a suit before a Federal High Court in Abuja over the alleged plan to disqualify him from the 2023 presidential primaries slated for the end of this month.

The Independent National Electoral Commission (INEC) has given political parties a deadline of June 3 to submit their candidates for the 2023 elections.

Recall how some groups purchased the expression of interest and nomination forms of the ruling All Progressives Congress ((APC) for Emefiele.

This had triggered outrage as many called on the CBN governor to step down.

Governor Rotimi Akeredolu of Ondo State, who described Emefiele’s interest in the 2023 Presidency as “a joke taken too far”, had asked President Muhammadu Buhari to fire him if he refused to step down.

Some lawyers had argued that Emefiele was unfit to run going by Section 84 (12) of the Electoral Act.

The section states that no political appointee at any level shall be a voting delegate or be voted for at the Convention or Congress of any political party for the purpose of the nomination of candidates for any election.

But in documents seen by Daily Trust, Emefiele, through his lawyer, Mike Ozekhome, argued that he is not a political appointee and by provision of the constitution, he is expected to resign a month before the February 25, 2023, presidential election.

“It is our respectful submission that the plaintiff is not a political appointee as envisaged by the Electoral Act and as he seeks to contest for the Office of the President in the new electoral calendar, he shall only be governed or guided by the Constitution of the Federal Republic of Nigeria, (1999), as amended, which requires that he gives at least thirty (30) days’ notice of resignation, withdrawal or retirement from the office of the Governor of the Central Bank of Nigeria before any elections,” the document read.

He also contended that a Federal High Court in Umuahia, Abia State, had  nullified section 12 (8) of the Electoral Act.

INEC and the Office of the Attorney-General of the Federation (AGF) were joined in the suit.

On Saturday, Emefiele declined the presidential forms bought for him, saying he would use his resources to purchase them if he is interested in the race.

Speaking further on the 2023 Presidency, Emefiele said God would decide for him “in the next few days”.