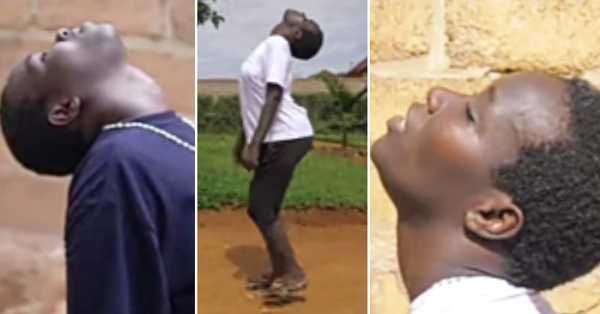 A young lady identified as Mujawayezu Emma, has narrated the heartbreaking story behind her bent neck.

She recounted how people mocked her when it started and referred to her as a drunkard.

Narrating what led to it, she said she encountered a minor sickness, but afterwards, her neck bent backwards making her head face the sky and has refused to return to it’s normal position.

It was impossible to diagnose what type of sickness that was because it was very rare. When she was taken to the hospital for checkup, the doctor booked her for surgery but her parents could not afford the fees.

The lady narrated that she sleeps all day because the pain becomes lesser when she rests. She also disclosed she had a fiancee who was supposed to get married to her but he left as soon as her sickness began.

Recently, a Non Governmental organization and philanthropists raised funds for her surgery.