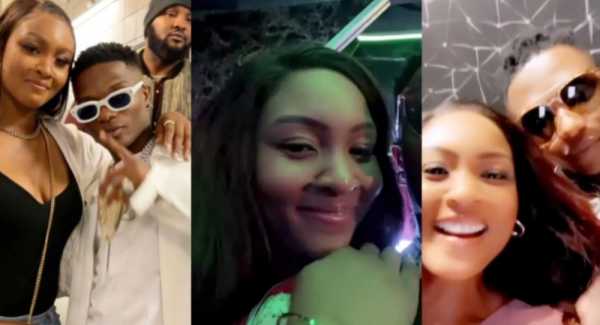 A few months ago, social media went agog after videos and photos of  Osas Ighodaro and Wizkid partying at a nightclub surfaced online.

The several public appearances of the two stars fueled more speculations about their romantic affair.

Also, during Wizkid’s 3-day MIL Concert at the 02 Arena, Osas Ighodaro flew to the United Kingdom and it was indeed a swell time for the actress who seemingly had an all-access pass to the London event.

Considering how Osa Ighodara was consistently heard using affectionate terms like ‘baby’ and locking hands with the singer in some of the videos shared online, many social media users assumed the duo were an item.

However, in a recent interview with media personalities, Gbemi and Toolz, Osas cleared the air about dating Wizkid.

According to the actress, she and Wizkid aren’t dating but are just friends.