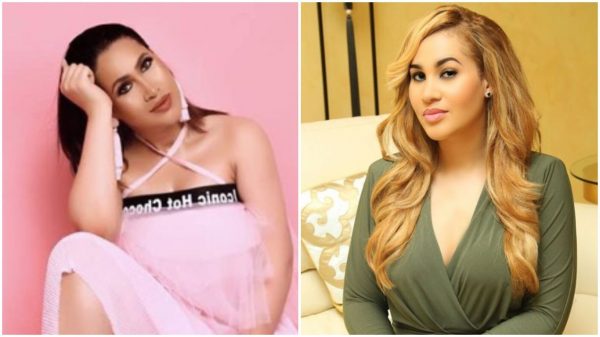 Reality TV star, entrepreneur and actress, Caroline Hutchings, has taken to Instagram to clap back at trolls who accused her of falsifying her age.

Hutchings had posted a picture celebrating her 35th birthday on Sunday but soon came under fire from many critics who accused her of lying about her age.

Taking to Instagram days later, she shared a photo of herself, her mum and her daughter alongside a lengthy caption.

“Reducing my age for Nollywood? An actor can act in both young and old roles. Makeup can be applied. I am reducing my age because of school? I have enough certificates already.

“Reducing my age because of a relationship? A good man will love his woman regardless of her age. Reduce my age for your validation? I don’t give two F’s about you, sugar.

“Not everyone in a class is the same age. In secondary school, I had people 5 years older than me in my class. In university, my assistant class rep was 45 years old. In my master’s, my class rep was 23 and I 34. In my MBA, I had both young and old.

“Just because you acted in a movie with me does NOT mean we are the same age. You are asking for my birth certificate. Have you seen your own mother and father’s birth certificate before? That it took you time to achieve something in your life does not mean I have to run your race. We have different glory and destiny. That you started school late and failed the entrance exam a couple of times is none of my business. We don’t have the same IQ,” she wrote.

Hutchings, who was formerly known as Caroline Danjuma, currently stars on the Reality TV show
‘The Real Housewives of Lagos’

She was once married to billionaire businessman, Musa Danjuma, whom she had three children together for.