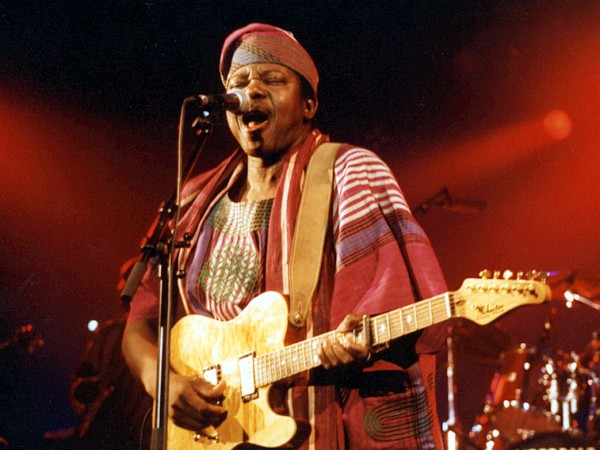 In interview with PUNCH, she said her aged mother revealed this in 2019 after misleading her about her biological father for years.

According to Ayeni, she became inquisitive after a prophet told her there is a secret her mother was hiding from her.

She narrated how unsuccessful trials to get through to the music star led her to National Human Rights Commission (NHRC) for help, adding that all effort to get him is still futile even after the intervention of NHRC.

The woman, however, said the intent was to establish a relationship with Sunny Ade rather than to get financial benefits.

In her words, “In 2019, a pastor told me to ask my mother to reveal a secret to me. First, I didn’t take it seriously until my husband told me to. So I called my mother and she confessed to me.

“My mother said it all began when she was still living with her father. Then, her father wanted to marry her off to an aged man but she refused because she had met Sunny Ade earlier and was two months pregnant for him.

“She said she eventually got married to the aged man since she couldn’t get in touch with Sunny Ade anymore. After getting married, my mother said she went in search of Sunny Ade but couldn’t find him.

“She went back to her parent’s place after the search and delivered me there. So, when I was two-year-old my mother left me with my grandma and remarried. Since the confession, I have been searching for Sunny Ade.

“I also went to a festival where he performed but couldn’t get through to him. Every effort to meet with him has been fruitless so I went to NHRC for help.

“NHRC has also taken two letters and photographs to him but to no avail. All I want is to know my background not because Sunny Ade is wealthy.”

Sunny Ade is believed to have married up to seven wives.