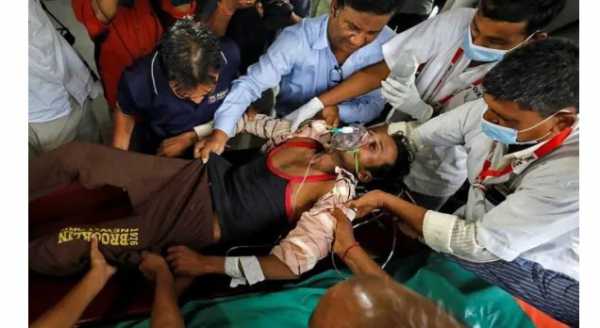 At least, 42 people have died and nearly 100 others have been hospitalised in western India after drinking toxic alcohol, police said on Thursday, with authorities ordering a crackdown on bootleggers.

Dozens of people became ill earlier this week after drinking methanol – a poisonous form of alcohol sometimes used as an antifreeze – sold in several villages across Gujarat State.

Another 11 people died in the nearby Ahmedabad district, V Chandrasekar, another senior police official, told AFP.

Sanghavi said that 97 people had been admitted to the hospital for treatment, with two in critical condition.

Gujarat, the home state of Prime Minister Narendra Modi, is one of several states in India where the consumption and sale of liquor is illegal.

Hundreds of people die every year in India from cheap alcohol made in backstreet distilleries.

Of the estimated five billion litres of alcohol drunk every year in the country, around 40 per cent is illegally produced, according to the International Spirits and Wine Association of India.

The liquor is often spiked with methanol to increase its potency. If ingested, methanol can cause blindness, liver damage and death.

And in 2019, more than 150 people died in a similar incident in northeastern Assam state, most of them tea plantation workers. (AFP)