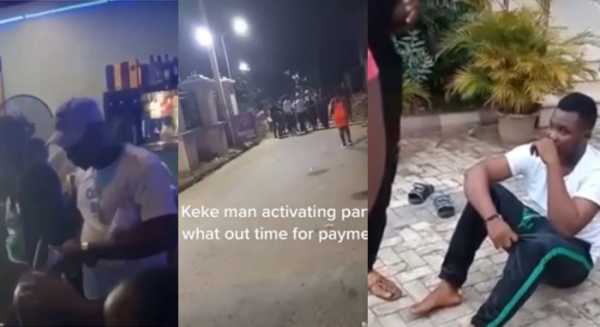 A man who rides tricycle for a living has gotten himself in trouble after he allegedly squandered 3.7 million naira at a party.

According to reports, he was assisting someone in keeping the cash, but he decided to use the money to enjoy himself at a club.

In a video making the rounds, he can be seen spraying wads of cash for club revelers and continued to do so while leaving the venue.

But after learning about his extravaganza, the individual who had lent him the money confronted him and wanted repayment.

The owner of the keke called the police to take the driver into custody since he couldn’t pay back the money he had lavishly spent.

In a video, he is seen sitting on the ground and being questioned after being taken into custody by Nigerian Police officers.