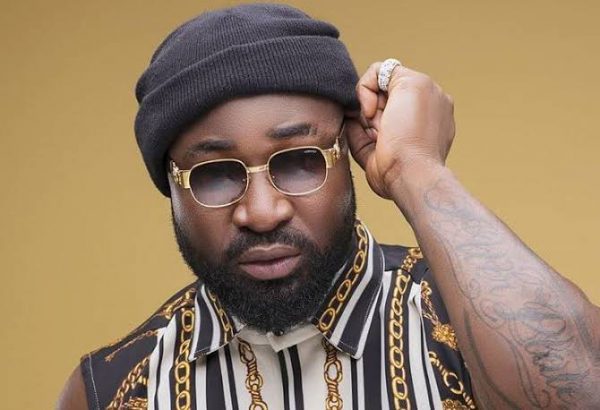 Harrysong, a musician from Nigeria, is enraged at what politician and socialite Akinola Davidson Kolawole has done to him.

Harrysong said that the politician had perpetrated an unspeakable offense against him and the youths of the Nigeria Delta.

He appealed to the governments and youths of the states of Ekiti and Ondo for assistance.

READ ALSO: “I Will Send The Video To Blogs’, Runs Girl Dares Singer Harrysong Over His S3x tape

As his patience was rapidly wearing out, Harrysong threatened to do something insane and dangerous.

He spilled the tea and explained that he was attempting to recover project funds that had been given to the individual, whom he described as “wicked, haughty, and arrogant.”

In his subsequent post, he promised not to be courteous.

He wrote: “I am calling on the Ekiti state government, the youths of Ekiti state, plus the youths of Ondo state, to get on this very matter now as Mr Akinola Davidson Kolawole has committed an abominable offense against me and the youths of the Niger Delta, I’m about to do something crazy and deadly for my patience has ran out, trying to retrieve a project money payed to this wicked, proud and arrogant thief. 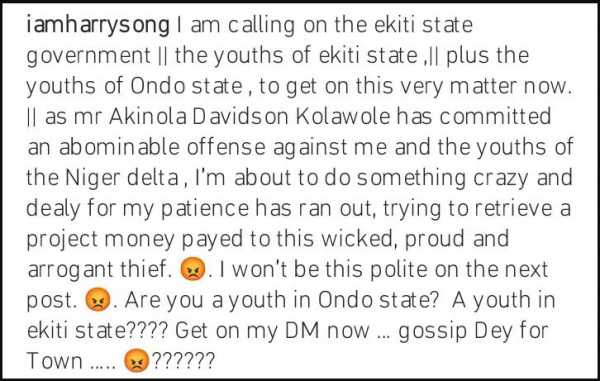