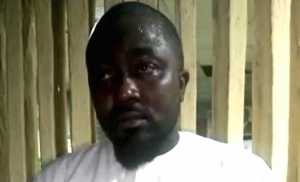 Popular Nigerian rapper, Panshak Zamani, better known as Ice Prince Zamani, has been remanded in custody, according to a government official.

The artist was arraigned today, September 2 before a Magistrate court in Ajah. This information was disclosed by Benjamin Hundeyin, spokesman for the Lagos Police Command.

Three counts of charges involving assault, obstruction, and abduction were brought against him in court. The singer’s arrest was first reported by Mr. Hundeyin in a tweet.

He claimed that Ice Prince was arrested for allegedly assaulting a police officer who had pulled him over for driving a vehicle without license plates.

Mr. Hudenyin said in a tweet that the rapper threatened to throw the arresting officer into a river.

According to Mr. Hundeyin, the accused’s bail conditions demands a payment of “N500,000 with two responsible sureties.”

The artist would be released after fulfilling his bail conditions, he added. The case has been adjourned to September 7.