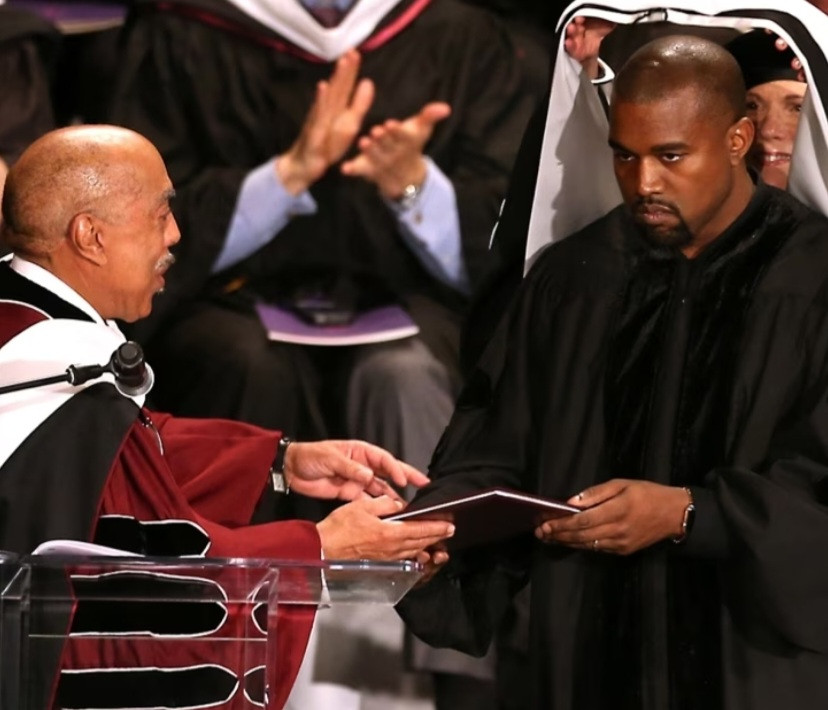 The School of the Art Institute of Chicago has rescinded Kanye West’s honorary doctorate degree at the college.

The school shared in a statement: “The School of the Art Institute of Chicago condemns and repudiates Kanye West’s (now know as Ye) anti-Black, antisemitic, racist, and dangerous statements, particularly those directed at Black and Jewish communities.

“Ye’s actions do not align with SAIC’s mission and values, and we’ve rescinded his honorary degree.”

TMZ shared a letter from SAIC sent to members of the staff and student body regarding the rapper and his anti-Semitic comments.

The letter arrived four days after students made a change.org petition calling for the removal of Ye’s honorary doctorate.

“After hearing from many of you, and conferring with the Board of Governors, the honorary degree awarded to Kanye West has been rescinded,” the letter, written by president Elissa Tenny read.