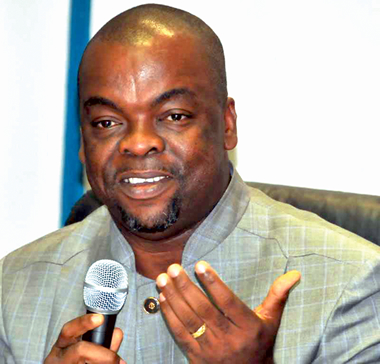 AMID a brewing crisis over the implementation of the Minimum Wage Act, the Federal Government on Thursday said the new law on workers’ remuneration must be obeyed. The Federal Government also said that it would commence the payment of the N18,000 minimum wage this week.

The Minister of Labour, Chief Emeka Wogu, said this on Monday during a visit to the leadership of the Nigeria Labour Congress in Abuja. The NLC and the Trade Union Congress last week gave the Federal Government a two-week ultimatum to either implement the new wage regime or face a nationwide strike.

Wogu said the implementation of the new wage regime would not create a problem for the Federal Government, which he said had successfully implemented a minimum wage of N17,000 before the passage of the new law. He added that the Federal Government might meet with the governors to resolve the controversy that the new law had stirred, stressing that the law was an Act of Parliament which must be implemented to the letter.

Governors have been citing paucity of funds as the reason why their states would not be able to pay the new minimum wage. The governors, through the Nigerian Governors’ Forum, have argued that the states’ share of the monthly federal allocation would have to be increased and the subsidy on petroleum products removed for them to be able to pay the new wage.

President of NLC, Abdulwaheed Umar, at the National Constitution Review Conference of the Radio, Televiion and Theatre Art Workers Association of Nigeria, had said, “I am worried because the governors said they wanted to engage workers in their various states in negotiations on the new minimum wage, which has already been signed into law.

“The new minimum wage is already a negotiated one, which took us over a year to come up with. I do not believe that very wise men like the governors will commit such a tactical blunder. The law says the federal government shall provide a national minimum wage, while another section says employers can engage their workers in negotiation, but the bottom line must be N18,000.”

Meanwhile, the National Salaries Income and Wages Commission has said that the payment template for the Federal Government to implement the new Minimum Wage Act will be approved before the end of this week. The Commission’s Chairman, Chief Richard Egbule, said this in an interview with our correspondent in Abuja on Monday. Egbule’s assurance came in the wake of allegations by the NLC and TUC that the Commission’s failure to prepare the template contributed to the Federal Government’s delay in implementing the new wage regime.

He said, “It was not appropriate for labour to say that the National Salaries Incomes and Wages Commission had been unable or unwilling to produce a template for the implementation of the new minimum wage.

“There is always a process that is followed before a circular is released for the implementation. The process is on and it is only when the final approval is given to the wages commission to issue the circular that we do so.

“In fact, the President of NLC was here in my office and I gave him an indication of what we intended to do. As the chairman of the Salaries and Wages Commission, I do not think that a strike is appropriate in this case because this is a law. When you breach a provision in a law, there is punishment.

“This is not like the collective agreement that labour used to enter with government, which is not a law and the only way they can force the hand of government to implement it is through strikes.

“But in this case, it’s a law and if labour feels aggrieved that the provision in the law has not been implemented, they have a recourse to the courts.”