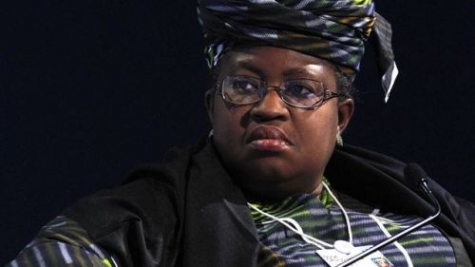 As of late there seem to be no end in sight to the “battle” between House of Representatives and the Presidency over the poor implementation of the 2012 budget.

The House threw more barbs at the Executive on Sunday with the spokesman of the House, Zakari Mohammed insisting that the National Assembly is no longer “a toothless bulldog”.

Speaking at a special media briefing the House, in a direct reference, warned President Goodluck Jonathan against the kind of advice he gets from Finance Minister, Dr. Ngozi Okonjo-Iweala and other “un-elected appointees”, which might put his administration in more trouble.Mohammed said: “The idea of the National Assembly distorting the budget is incorrect. The National Assembly cannot distort a budget which it has full powers over. There is no law that says the budget must be returned to the President exactly the way it is forwarded to the National Assembly.

The House spokesman, who read from a prepared text entitled: “2012 Budget, Non-Implementation: Okonjo-Iweala Should Address The Real Issues,” accused the Finance Minister of breaking the law by not adhering to the letters of the 2012 Appropriations Act.

According to the House, Mrs. Okonjo-Iweala’s claim that the executive arm has implemented 56 per cent of the 2012 budget as widely reported, “is not true,” as only “about 34 percent of the budget has been implemented.”

Part of the statement of the House of Reps read:
“The House of Representatives will like to restate its concern on the poor and selective implementation of the 2012 budget by the executive arm of government and the attitude of officials of government saddled with the responsibility of implementing the Appropriation Acts.

For the avoidance of doubt, section 6 and 7 of the 2012 Appropriation Act clearly says what officials of government and in this case the Honourable Minister of finance is permitted to do.

“This is not to say that funds should be released and accessed by MDAs without due process and actual execution of projects. In other words, there should be value for money. How released funds are accessed by the various MDAs is stated in Section 7 of the budget Act and further guided by due process law.