The Minister of Finance, Dr Mrs. Ngozi Okonjo-Iweala, has described Nigeria’s current educational system as ineffective and advocated a paradigm shift to focus on technical and vocational training.

Dr. Okonjo Iweala, who delivered a keynote speech at the 2012 Isaac Moghalu Foundation held yesterday in Lagos, decried Nigeria’s sustained fallen standard of education over the years and blamed government, educators and parents for the problem.

The minister, who spoke on “Reforming Nigeria’s Education System: A Paradigm Shift”, said government has failed to forge a clear framework to develop the sector while the “regulatory system in the sector is largely ineffective and this reflects on the curriculum especially in many private schools of foreign origin.”

She questioned the logic of having both WEAC and NECO conducting same exams for the same set of students at the same time, saying that one of the bodies should be scrapped because the arrangement is not adding any value to the quality of education. 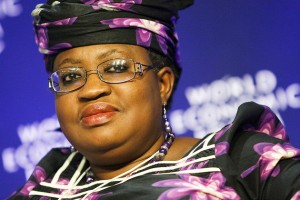