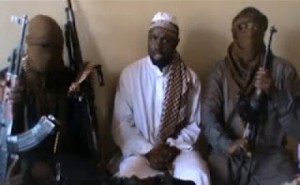 It will be recalled that recently the central bank of Nigeria (CBN) introduced more stringent requirements for the operating of certain accounts in the contry. This was part of a move to stem the flow of cash into terrorist hands too.

Also, security agencies are targeting those believed to be inciting the sect into violence through the spread of hate messages in certain parts of the country.

Curious Nigerians would be wondering if the government agent knew these so called financiers and strategists of the Boko Haram in the first place. Then one would ask: if they knew them, what have they been waiting for? The senator that was accused of sponsoring the sect is yet to be brought to book. He was even allowed to go on a foreign trip recently for religious and health reasons!