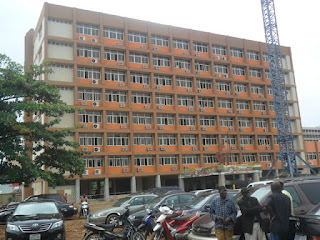 At the Nagwamatse House in Kaduna state, a bomb scare in one of the tallest buildings caused so many staff of different organisations to retreat to a panic mood, following the decision of security agents to evacuate the 10-storeyed building.

Officers of the Nigeria Police and the Civil Defence Corps were said to have been alerted to the building, after a stranger who hurriedly parked a car in the compound was seen running away.

In Kaduna, Nagwamatse House is said to be  a top business building, and it harbors organisations like Brilla FM, which is on the 9th floor, and Africa Independent Television.