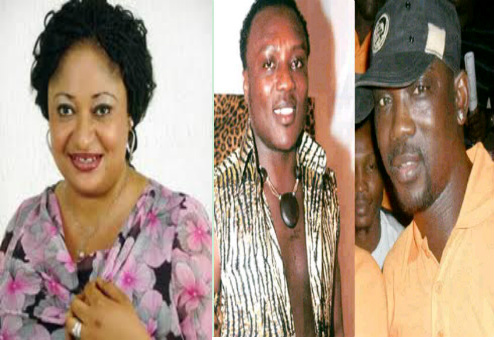 It was said the the following Yoruba entertainers have shunned the death predictions had about them:  Yoruba entertainers, Ronke Ojo-Anthony, popularly known as Oshodi Oke, Alhaji Wasiu Alabi Odetola, also known as Pasuma and Alhaji Saidi Akorede, better addressed as Osupa.

They denied alleged frantic effort for spiritual means of washing off the distasteful prediction. The responded by saying sudden death is not their portion.

Culled from one of the nations’ magazines, last Friday, September 7, 2012, Oshodi Oke, who is currently in the United Kingdom expressed bitterness about the clergy’s unguided prediction. She, however, enjoined the public to disregard such, while they should also remain prayerful for her.

“My Brother, I am now in the UK, enjoying myself. That’s the man’s cup of tea. They have called me about it but I am not bothered by anything like that again because God is always on my side. If I am running from one spiritual home to the other as alleged, would I have the opportunity of being in the UK now?

“Sudden death! God forbid. That’s not my portion in Jesus name. We will talk better when I am back from my trip. Thank you, sir.”

We also reached out to Osupa, via his manager, Alhaji Sulaimon Balogun, a.k.a Baloo. He swiftly rubbished the authenticity, adding that it’s out of place, “That’s rubbish. Anyway, that’s not the first time of hearing that, we are used to it. we are not scared of any message from any pastor.

“What I know is that sudden death is not in God’s agenda for Saidi Osupa. There is no shaking, God is always there for us. We can’t be running helter skelter because of that.”

“He can’t be running from pillar to post because of such useless and empty prediction. Currently, he is in UK, from where he would be moving to the US. He is billed to return in October. He has not achieved percent of the purpose for which God send him to this world.

“So, there is nothing like sudden death in his file. Even the predictor himself doesn’t know the day he will die.”