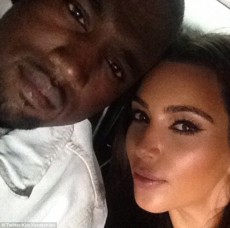 Kanye West pulled out of the MTV Video Music Awards at the 11th hour.

The Gold Digger rapper, 35, cancelled his appearance after deciding he didn’t want to attend the night’s ceremony in Los Angeles without his girlfriend Kim Kardashian by his side. The rationale behind such decisions is actually very confusing, but the rapper made his decision known at an hour everyone felt was just too late for such a serious decision.