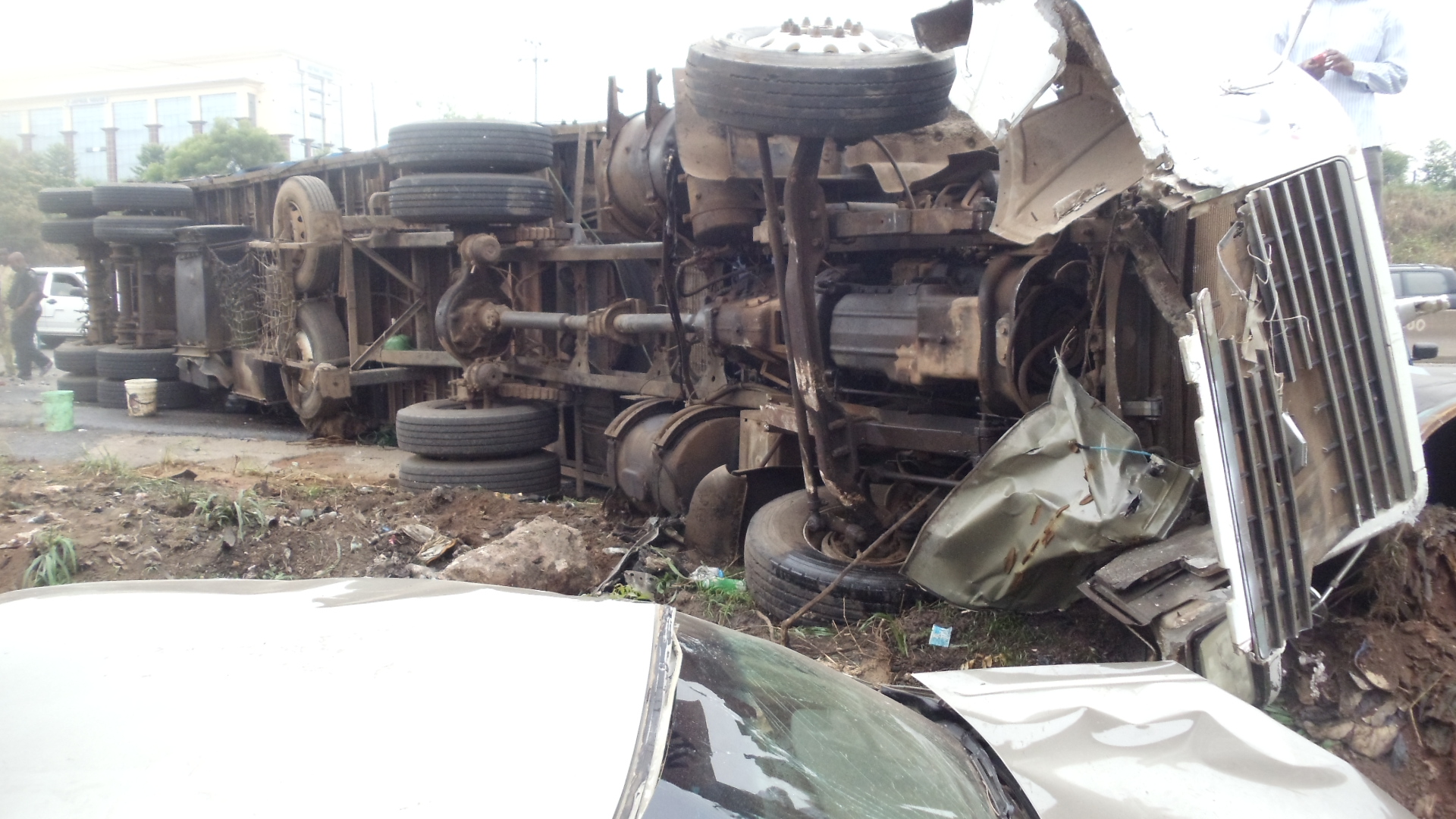 Eyewitnesses say the accident happened at about 5.30 pm and resulted into a traffic gridlock on the expressway as travellers got stuck on the road.

Men of the Federal Road Safety Corps, Lagos State Traffic Management Authority, LASTMA; Lagos State Emergency Management Authority, LASEMA; fire fighters, among other rescue teams arrived the scene promptly, but were unable to retrieve the body of one of the victims from one of the four vehicles that reportedly fell into a nearby ditch when the tanker fell, spilling its content on the road.

“The make and number-plates of vehicles involved are; Skoda saloon car – FKJ 167 AX; Land Rover SUV- AH 723 SMK; Volvo truck- KSF 806 XC; a tanker laden with 33,000litres of petrol- XB 166 NGL. There was another vehicle in the ditch which number could not be ascertained immediately.

“I have ordered diversion of traffic to Ibadan- Lagos side of the road with FRSC patrol teams deployed to the scene of crash and Nigeria Police teams also involved in joint rescue operation.”

FRSC Head of Operations, Mr. Irele Wuyi said; “for now, we can confirm that two persons died but more may be confirmed dead or alive later.

“The accident happened when the brake of the petrol tanker failed, making it to collide with the other five vehicles on the road.