The Edo State Governor, Adams Oshiomhole has accused the Nigerian Police of being responsible for the assassination of his Special Adviser and Personal Secretary, Olaitan Oyerinde.

Mr Oshiomhole, who was speaking on Thursday in Abuja during the launching of the new code of conduct for the Nigerian police, said both the assassin and the weapon used to murder the late Oyerinde were in police detention as at the time the assassination was carried out. 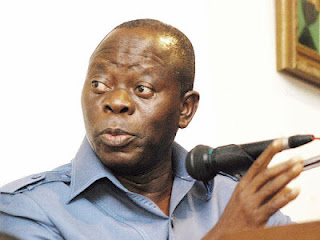