Home Entertainment Actress Kemi Afolabi: What A Man Can Do To Sweep Me Off...
Facebook
Twitter
WhatsApp 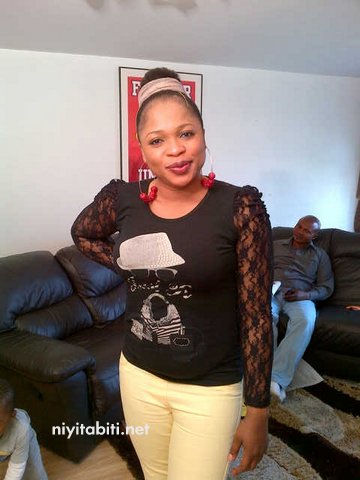 Nollywood pretty actress, Kemi Afolabi, Law graduate of the University of Lagos has revealed some things that will make her jiggle affectionately.

In a recent chat, Juwonlo, as she is fondly called by her friends and associates who entered the industry in 2004 through Oladele Matti, one of the young but talented producers the industry can boast of today, confessed that loving someone, regardless of his or her flaws will sweep her off her feet.

Though, happily married with a daughter who she claims to love with all her heart, Kemi, however said that understanding plays a bigger role in a marriage.

“Understanding plays a vital role in every relationship. My man loves me and what I do. He wants me to be happy so he never hesitates to render where there have been lapses in our homes due to the demands of my job. It has been hectic really, I won’t lie about that but it has been the grace of God, all thanks to the kind of family I have got,” she said.