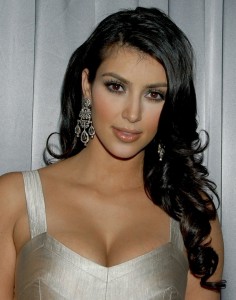 Two star-struck American Airlines workers last week used a secure pass to usher Kanye West and Kim Kardashian around a screening checkpoint and into a nonpublic area — a stunning breach that prompted airport officials to yank them off the plane.

“Airheads Kim and Kanye had no clue they were breaking the rules when they sparked a major security breach at JFK — because they simply aren’t used to traveling with peons.

Kim Kardashian’s preference for private planes — and her ignorance about the rules of flying with the masses — likely caused the security snafu that delayed takeoff by an hour, Kardashian’s friends told The Post.

That’s because the big-bootied socialite is unfamiliar with pesky public-security checkpoints, a pal said.

“Kim normally flies private, so she’s not used to going through security,” said a source, adding a private jet is usually written into her contracts if she travels for business.

“I wouldn’t be surprised if Kim’s security team arranged it privately to avoid all of the chaos” — and two boneheaded VIP service employees at American Airlines complied, the pal added.

Another source close to the couple added Kardashian and her rap-star beau Kanye West felt guilty for making travellers wait on Tuesday, as they were returning from Carnival in Brazil.

“They felt really bad — and they had no idea,” she said.

The stars — who are expecting their first child in July — were then given a private screening in a nearby jetway, contributing to a 50-minute delay.

They were cited with a “breach of rules” by the agency, a charge that could result in suspension or loss of SIDA (Secure Identification Display Area) privileges, which are issued to employees allowing them to skip lines and get to their jobs on time.

Kim Kardashian was recently in Nigeria supposedly to co-host Nigerian R&B star, Darey’s show Love Like A Movie, but the reality TV star made just a cameo appearance at the show that turned out to be great without her.

The part of The Post’s report where a source said“Kim normally flies private, so she’s not used to going through security. A private jet is usually written into her contracts if she travels for business” made we wonder if the organizers of LLAM provided a private jet for brief appearance at the show.

If the organizers did fly Kim private to Nigeria, that would have been some wasted millions, wouldn’t you say? – considering the fact that the show was great without her.