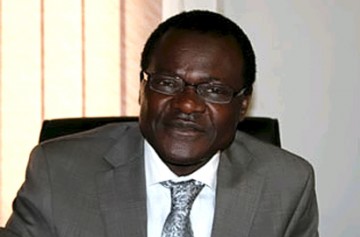 The Director-General, Nigerian Information Technology Development Agency, Prof. Cleopas Angaye, has said that the country is leading in the use of Short Message Services (text messages) in Africa.

He made this statement in Lagos on Thursday during the inauguration of the Cloud Computing services by Business Connexion.

Angaye said this against the backdrop of the success achievements in the country’s telecoms sector in the past decade as indicated by the current 113 million active telephone lines as against the meager 400,000 lines in 2001.

While the country has recorded significant growth in voice telephony as well as subscribers base, Angaye said it was necessary to know that the country stood ahead of its other African counterparts in SMS usage.

He said, “At the beginning of the IT revolution, Nigeria had one of the lowest telephone densities (main lines per 100 inhabitants) not only in West Africa, but also in the whole of Africa. The teledensity in Nigeria was about 0.5, while that of South Africa was 10.1; Egypt, 5.6; Algeria, 4.8; Gambia, 1.9; and Senegal, 1.3.

SMS growth in the country, Angaye submitted, was one of the successes recorded in the industry following the liberalisation of the telecoms sector and the establishment of NITDA.

A Price Water House Cooper statistics, which corroborated this, had recently revealed that Nigerians subscribers sent 1.8 billion SMS in 2012.

The report also revealed that Nigerians in 2012 spent about 22.3 billion minutes on telephones.

The PwC’s report revealed that while the minutes of telephone calls in Nigeria showed an increase of over five billion from 17 billion in 2011 to reach 22.3 billion at the end of 2012, SMS volume also increased by three million, rising from 1.5 billion to 1.8 billion during the same period.

Speaking on the SMS volume in the country, the Quality Assurance Partner, PwC, Mr. Alastair Macpherson, stated that while outgoing SMS on-net increased from 911 million in 2011 to 958 million in 2012; outgoing SMS to other mobile operators moved from 316 million to 449 million while inkling SMS from other mobile operators also increased from 327 million to 421 million during the same period.

Meanwhile, Angaye said NITDA had established over 228 Rural Information Technology Centres across the nation in a bid to spur Internet usage and make Nigerians digital citizens.

Many of the RITCs are located in the rural areas in a bid to reach both the un-served and under-served areas of the country in line with the country’s Millennium Development Goals and the International Telecommunication Union’s directive, according to him.

The RITCs, he said, were established between 2007 and 2012 in all the geopolitical zones and the agency planned to take the RITCs to all the 774 local government headquarters in the years ahead.

According to him, over 116 of the RITCs are located in the northern part of the country, while about 112 have been established in the southern part.

The deployment of RITCs across the nation is part of MDGs and NITDA’s target of providing Internet access to the under-served communities.

“Nigerians who reside in the rural communities cannot be neglected in any meaningful citizen-centred programme,” Angaye said.