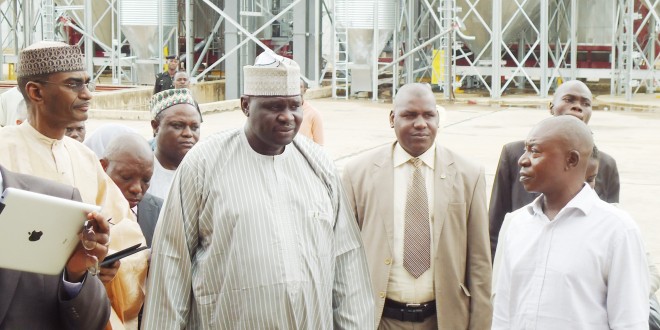 The Federal Government on Wednesday said it had completed the construction of 250,000 tonnes capacity silos at Ilesa in Osun.

Mr Simeon Ajibode, the State Director of the Federal Ministry of Agriculture and Rural Development, announced this in Osogbo.

According to Ajibode, the silos will be used to store excess grains bought from farmers to be released to the public at cheaper price in time of need.

He added that both farmers and the general public would benefit from the facility and end the fear of grains wastage.

He urged farmers to use the opportunity to embark on massive cultivation of grains this season, assuring them of ready made market.

Ajibode said that Federal Government made adequate provision and timely distribution of fertilisers to farmers in the current farming season.

On loan accessibility, the director said that government had subsidised agriculture loan by eight per cent.

He said that about two million high yield cocoa seedlings would be distributed to farmers in Osun this year.

He added that the state Ministry of Agriculture and some private agriculture centres had been financed to produce the seedlings which could bear fruits under two and half years.

He said about 46,000 farmers registered in the ongoing farmers’ registration in the state, adding that the figure would be doubled at the end of the two weeks period.