Home Metro News Tell PDP to treat us well; we will tell our people to...
Facebook
Twitter
WhatsApp 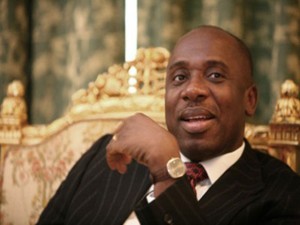 Chairman of the Board of Trustees (BOT) of the ruling Peoples Democratic Party (PDP), Chief Tony Anenih recently led a delegation of other BOT members of the party to Government House, Port Harcourt on Tuesday.

According to Anenih, they were in Rivers State to consult with Rivers State Governor, Rt. Hon. Chibuike Rotimi Amaechi over important national and party issues in the PDP. The PDP chieftain described the Rivers State governor as a force and one of the leaders of the ruling PDP.

He also commended Governor Amaechi for bringing good governance to the people of Rivers State: “I want to say that, I think it was last year I was here, and inspected most of the projects, the ongoing projects, I believe I’ve seen on my way from the airport some of the projects have been completed. We are here also to appreciate the governor for what he is doing for the people of Rivers State”.

Meanwhile, in his own response, Governor Amaechi said the PDP in Rivers State is peaceful, and he also took the pain to remind his guests that PDP supporters in the state gave two million votes to President Goodluck Jonathan during the last election. He however assured that his administration would encourage the people of the state to continue to vote for the PDP during elections.

Amaechi said, “Chairman, we formally welcome you and your delegation… Like we did say to you, PDP in Rivers State is peaceful. We also have told you that we produced 2 million votes for the President. So we thank you for coming. All we are saying to you is tell the party to please treat us well so that we can encourage our people to continue to vote for PDP. We are members of PDP and we will remain members of PDP. We wish you God’s blessings and to say have a safe trip”.