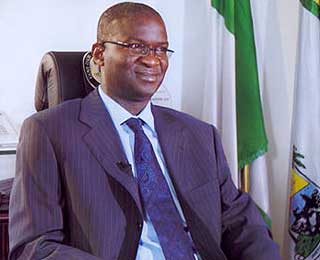 The Peoples Democratic Party, Lagos State chapter, has called on the Economic and Financial Crimes Commission, EFCC, to probe the activities of the Babatunde Fashola-led administration in the state.

The party said its call was based on “massive corruption” in the administration of the state under Fashola.

In a statement by the party, the state PDP Chairman, Chief Tunji Shelle, made the call on Sunday, after a church service to mark his birthday.

He said, “Recently, the Speaker of the state House of Assembly, Mr. Adeyemi Ikuforiji, talked about plans by House committees to begin the probe of ministries in the state.

“This move, we learnt, has been vehemently opposed by Fashola and the leadership of the Action Congress of Nigeria.”

Shelle said there was a need for the government to give statistics on projects it was handling and allow the public to have access to such information to know if its claims were true or false.

He said, “What Fashola, a so-called progressive governor, has done is to warn his commissioners never to speak to the media on the state projects as well as activities in their ministries.”

Shelle also challenged Fashola to explain the utilisation of the over N23bn realised by the state Security Trust Fund.

“Recently, Chairman of Ejigbo Local Council Development Area, Mr. Kehinde Bamigbetan, was kidnapped. There has been many kidnappings recently of foreigners and these incidents were kept away from the public by the state” he said.

“We are worried that the continued silence of the state government has become very dangerous and is unfair to the entire people of Lagos.”