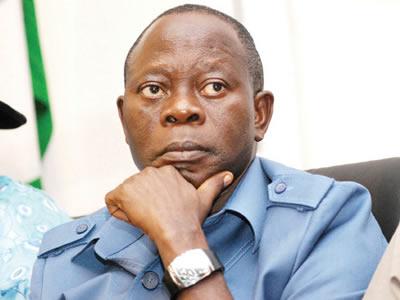 Last month’s council polls in Edo State has been described as an ‘embarrassment’ by Christian elders and leaders in the state just as they called on Governor Adams Oshiomhole to justify his electoral mandate by cancelling the April polls and dissolving the Edo State Independent Electoral Commission ( EDSIEC.)

In a press release signed by Osa Imuetinyan and Alfred Ojo; President General and Publicity Secretary of the group respectively in Abuja, the group maintained that “while taking Governor Oshiomhole back to 2009 when he made a declaration to conduct role-model council polls, the Edo Christian elders indicted EDSIEC for cancelling the only credible election in Esan North-East.”

The group equally quoted the governor as saying in 2009; “If I have the opportunity to conduct the local government election in this state, it would be a role model and a reference point that would be emulated by all.”

They, however, lamented that it was “amazing that since 2009 when the state governor had all the time to prepare for an enviable council election, the outcomes of the recent council election have thrown the state into deeper crises and bigger embarrassments.”

The group added that, “we, therefore, use this medium to call on Governor Oshiomhole to dissolve the Edo State Independent Electoral Commission (EDSIEC) and reconstitute a new body with God-fearing individuals and allow the new EDSIEC to conduct fresh council election without interference from the Government House.”