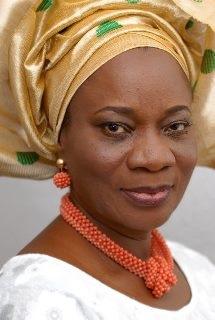 Governor of Ekiti State – Dr. Kayode Fayemi, has sent the name of Professor Modupe Adelabu, who will turn 63 later this month, to the State House of Assembly for confirmation as Deputy Governor of the state.

The office of the deputy governor became vacant following the death of Mrs. Funmilayo Olayinka, who died of breast cancer on April 6 at age 52.

This is contained in a statement issued by Mr Yinka Oyebode, the Chief Press Secretary to the Governor in Ado-Ekiti yesterday.

According to the statement, Fayemi’s nomination of Adelabu was contained in a letter dated May 3, 2013 and addressed to the Speaker of the Assembly, Dr. Adewale Omirin, requesting the lawmakers to screen and consider her for the position of deputy governor.

Adelabu, is a Professor of Education at Obafemi Awolowo University, Ile-Ife since 1980, and the Chairman of Ekiti State Universal Basic Education Board (SUBEB).

A princess of Ado-Ekiti, Adelabu hails from the same town with the former occupant of the office.