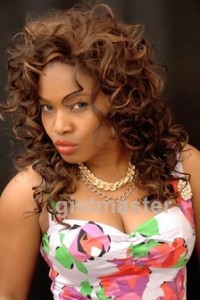 Kogi State-born but Kano bred actress, Halima Abubakar, some years back gained instant fame for baring her cleavages. She was taken to be in the league of Cossy Orjiakor who became popular as a boobs baring actress.

Even though, Halima became known, she certainly did not get movie roles she so much craved. And so she withdrew into her shell. But when she resurfaced, Nigerians saw a reformed and well-groomed Halima. In this interview, the actress talked about a number of interesting issues. Excerpts:

Can you tell us about your new movie, The Mistress?

Yes. It’s about a group of friends who all have individual private lives. Its basically the stress that goes through every normal relationship that we put together as a movie for entertainment and to learn one or two things about the other side of relationships. And to tell the people that relationship is meant to be private in nature and fulfilling. So, the story is just meant to teach us lesson about relationship basically.

It’s really uncommon for actors in the English sector of Nollywood to produce movies. What gave you the gut?

Could it be said it’s a way for you to be more fulfilling?

Yes, I am just trying to be happier than I am, and being who I am, I am trying to do business.

When did you come up with the idea of doing your own movie and did you write the story yourself?

The story was co-written by Ruth Kadiri and me. Ruth also wrote the screenplay and acted in it. It was a creative idea between the two of us and it was written under three months. We polished it until we got what we wanted. Erike, the assistant director, added other things.

Who were the people you worked with?

I have myself and Yvonne Nelson from Ghana. There were three directors, Afe Omo-Oluwa, Eyika Obim and Ifeanyin Ogbonna who was the main director and Malio Entertainment coordinated in the UK because I also shot in the UK. Also, I have Maria Kukara, she lives in the UK and works as an actress there. I have Moyo Lawal and Mary Uranta who supported Yvonne Nelson, the major character in the movie. And I discovered three people on Twitter, Ibraheem, who acted as well. I am happy I was able to discover talents.

Can you put a figure to how much it cost you to shoot the movie?

I spent N9 million and I am still spending. The movie is a major hit already and that is what we are praying for. The movie is not released yet and it is everywhere, everyone is supporting and I am grateful. 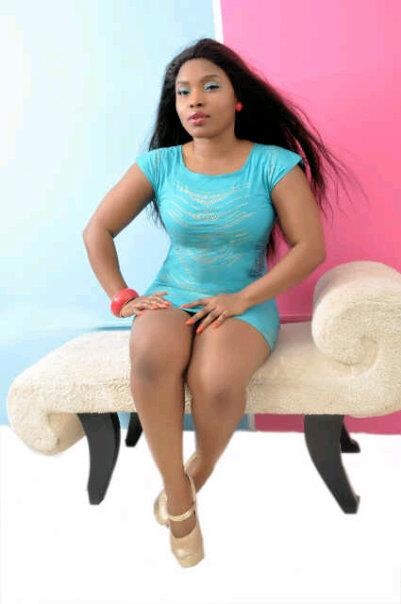 What is the experience you have had as a producer?

Production is tasking, demanding, and heartbreaking.

How impactful are you in the industry?

Of course, I am treasured and my contribution is highly felt. You can ask my president (AGN) and my fans can tell. I have contributed in discovering a lot of stars, we don’t need to go into the details because we all know, and I don’t need to be the highest paid actress to know that I have touched lives but knowing that I have is a joy I have within.

Being around for a while, how can you describe your experience?

What are the positive things that being an actress have attracted to your life and what are the ones you never wanted that are happening?

It has only given me a sense of belonging. I used to be very impatient, I get angry over everything but now I am changed. I am matured.

There was so much noise about you when you just came into the industry but that has really changed. What can you say to that?

May be I am driving at the fact that you were a little bit controversial?

So? Are you not changing as a human being? The question is funny.

What would you say prompted the change because your controversial deeds looked intentional?

Just growth. I am a different person than I was. Like I said, I have changed. I have changed in every ramification of life so, I believe in growth, maturity.

What was your mission or motive when you started out as an actress?

You just said you wanted marriage but it does not seem to be on your list at the moment?

As a sort of role model, what is your disposition to being a single lady or single parent?

I cannot speak for them because I am sure they will have their own stories to tell.

What are your aspirations as an actress?

I want to be a UNICEF ambassador; I want to go for summits and I want to reach out to as many people I can reach out to. I want to be a teacher someday and I want to see how I will be able to incorporate it into showbiz, if I will still be in showbiz because anything can happen. I might decide to do something else and I might still continue because I am enjoying it.

Are there things you would want to change in the industry?

I would want us to be together because I have actually experienced tribalism from some people. I know people are going to say it does not happen but I have experienced it personally, it happens. So, we need to check that, and welfare of people needs to be properly taken care of. We also need to be more loving, we need to be together and support each other, if we have that, we have everything.

What roles have you played that you consider most challenging?

How do you put aside issues that are bothering you when you want to act?

Sometimes I just cry. I can cry anywhere, anytime, trust me. I don’t have shame when it comes to crying. I once cried at a supermarket when I was telling a lady who sells shoes, I don’t even know her, but I was just telling her about my boy friend. It’s not everyone you can do that to because they will start talking when you leave. But I don’t behave like nothing is happening where there is something because we all have private lives.

Do you get carried away when acting romantic scenes?

Never. In fact, I don’t kiss deeply on set. I don’t like to exchange saliva. It has happened like three times when an actor complained that I refused to open my mouth when kissing. And I was like, ‘must we exchange saliva before the message is passed across?’ I am a woman and he’s a man so I draw boundaries. Although, I kiss to convince viewers about what the character is all about, I am not going to go gaga because I am trying to play a role. I can’t go crazy because I am shooting a movie, I have boundaries.

Is it that your man might get angry if you do?

Not really but there are things to do and not to do. He’s a man and he would get jealous but aside that one should know where to put a stop.

What comes to your mind when you remember those days when you used to bare your cleavages?

It was just advert, an advert I did for a laundry company. It was just an audition picture where I was wearing a bikini. Back then, it was a big deal in our society but nowadays it’s common because ladies put pictures like that on their BB and nothing happens.

What effects did the pictures have on you then?

I actually did not know. It was only in Lagos that the pictures were seen. I spent most of my time in Kano then and those magazines hardly circulate in Kano. It was my father who saw the write-ups and you can guess what that would have meant for me. Funny enough, I ended up not getting the job for which I took the pictures because of the controversy that surrounded it. It got to a level that people were using the opportunity to ask me to do nude scenes in their movies.

Many producers were writing scripts with nude scenes for me but I refused. I knew if I started to act nude at that point in time, I wouldn’t go back. I have seen one or two movies that people are becoming daring and all that. But then when I look back, I just laugh. I laugh when I think about all the things I have gone through in life.