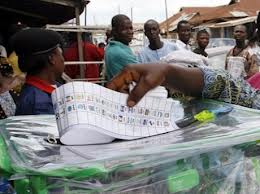 Kogi State lived up to pre-election premonition of violence, killing and boycott as no fewer than three persons were reportedly killed in various councils in the state in Saturday’s council polls.

Houses were also burnt, as protesters took to the streets over the exercise.

Information Nigeria gathered that accreditation of voters commenced as scheduled except in some areas where there was delay due to late turnout.

It was, however, gathered elections in Dekina, Bassa and Olamaboro Councils were inconclusive, following outbreak of violence.

Two unidentified people were killed in Odu I ward in Dekina Council, the home town of Governor Idris Wada.

Several houses, including that of the PDP local government party Chairman, were touched by protesters.

In Aloma in Ofu Local Government Area, also in the eastern senatorial district, one John Okpanachi, said to be the younger brother of former Governor of the state, Prince Abubakar Audu, was shot dead by the police while protesting the non-availability of election materials.

Okene council in the central district, which is always a flash point during elections, was relatively peaceful as accreditation commenced on time with moderate turn out in some areas while other areas had low turnout.

Abubakar Audu in his reaction, described the poll as an embarrassment to democracy.

He said: “How can you say election was credible where there were absolute absence of the electorate? How can you as a government deceive the people of what you are not?”

The Action Congress of Nigeria (ACN) leader said the killing of his younger brother by an unknown mobile policeman has introduced a dangerous trend in the democratic process.