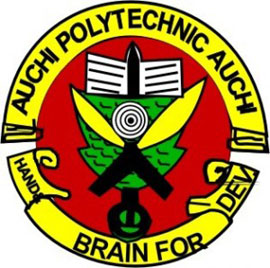 Youths in Auchi, Etsako West Local Government Area of Edo State, under the aegis of Auchi Youths for Initiative, AYI, yesterday, locked out staff of Federal Polytechnic, Auchi, for several hours in protest over alleged marginalisation of indigenes of the host community by the management of the institution in employment opportunities.

The youths want 80 slots out of the 200 positions available in the ongoing employment exercise in the polytechnic, as they noted that the 15 slots allocated to the host community was inadequate.

The management of the Polytechnic in its reaction however said no particular number of slots had been allotted to the community, explaining that due process was being followed in the employment exercise.

Mr. Mathias Braimah, spokesman and secretary of the group, alleged that the management of the polytechnic had marginalised the host community in the past five years, adding that they had also been denied contracts in the institution.

In his response, spokesman of the Polytechnic, Mr. Mustapha said that the youths were either ignorant of the employment procedures or were being used by detractors, who are not happy with the prevailing peace in the Polytechnic.

“This is a federal institution. While we follow procedures, we also acknowledge the fact that federal character exits when carrying out employment. For one to work here, he has to be qualified. we have no particular individual or interest group to satisfy.”