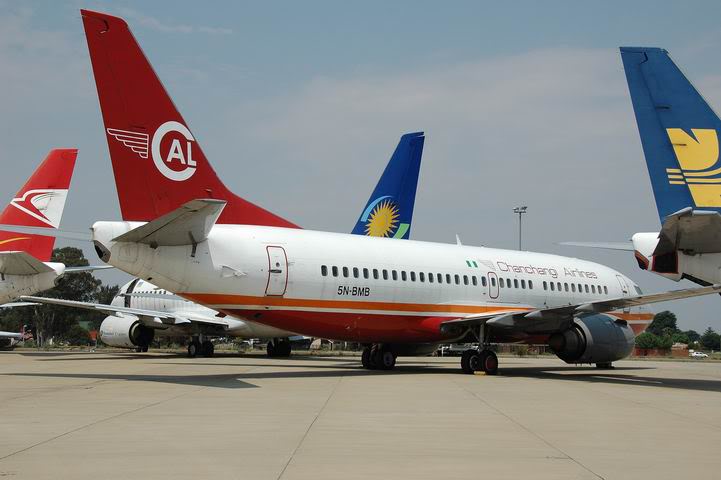 Workers of Chanchangi Airlines, numbering about 53, yesterday embarked on a peaceful protest over refusal of its management to pay their 36 months’ salary arrears.

The workers began the protest from the ticket counters of the new domestic terminal of the General Aviation Terminal (GAT), Murtala Muhammed Airport, Lagos, and terminated it at the Nigerian Civil Aviation Authority (NCAA) headquarters.

Some of the workers alleged that the unpaid salaries had accrued since 2010, when the carrier advised them to embark on compulsory leave.

They alleged that its management had been insensitive to their plight, despite series of letters.

Receiving the protesters, two directors at the NCAA, Mr Austin Ifeanyi, Human Resources and Alhaji Adamu Abdullabi, Consumer Protection, urged them to remain peaceful as their grievances would be tabled with the appropriate quarters.

The directors also commended them for towing the path of peace, by taking up the issue to the appropriate quarters peacefully.

They assured that the NCAA would investigate their claims and call Chanchangi to order.

However, Mr Babadiya Ahmed, Chanchangi station manager, said the workers were not sacked but the management was already looking into their plight. (NAN)