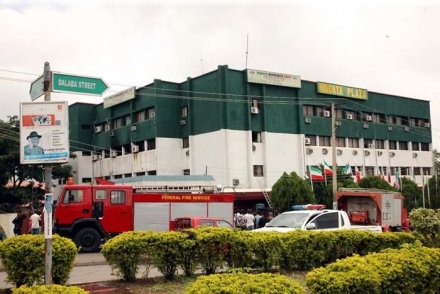 In a bid to check the flow of information within and outside the Wadata Plaza national secretariat of the Peoples Democratic Party, PDP, its leadership has administered an oath of secrecy on members of staff.

The compulsory oath, which took many of the workers  unaware on Thursday, was supervised by the Acting National Secretary of the party, Chief Solomon Onwe.

Some of the workers who complained  about the oath which they said was aimed at victimising perceived enemies by some leaders of the party, alleged that some members of the National Working Committee of the PDP were unhappy with some of the workers and have been seeking ways to replace them with their loyalists.

The workers claimed that Onwe warned that anyone suspected to be fraternising with journalists  might be summarily dismissed if the party found out that a piece of information was leaked by any of them.

One of the workers said, “On Thursday, we swore to an oath of secrecy which the party said was meant to control the flow of information at its secretariat.

“We were also warned to stay  away from you people (journalists) and that anyone of us who fraternised with you  could be sacked without any query.

“You will recollect that a cleaner was sacked few months ago for telling reporters that they (cleaners) were being owed five months’ salaries. That is the kind of treatment they say awaits some of us, including directors, if they suspect that we are close to you people (journalists).”

But another member of staff who said they were not surprised with the attitude of the NWC members, accused them of being desperate to fill the secretariat with their cronies.

“You can see their retinue of aides. None of the former NWC members had the number of aides these present NWC members have,” he  added.

As at the time of compiling this report, efforts to get the reaction of both Onwe and the National Publicity Secretary of the party, Chief Olisa Metuh, on the issue were not successful.