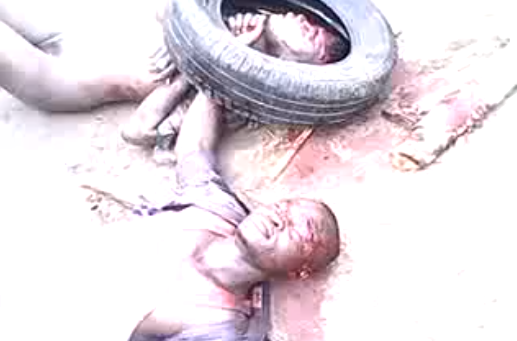 The Commissioner of Police in Lagos State, Mr. Umar Manko, has ordered the arrest of the policemen and members of the public involved in the killing of two boys in Badagry, Lagos State on 21 July, 2013.

It would be recalled that an undergraduate student of Geology and Mining in Delta State University, Ify Gabriel Nwainokpor and his friend simply identified as Kazeem, were beaten to death by a mob under the direct supervision of policemen in Ajara area of Badagry last month in a stark reminder of the October 5, 2012 incident in Aluu community of Rivers State.

The police chief, who disclosed that he would lead investigation into the matter, accused the Badagry Divisional Police Officer (DPO), Mohammed Dankoli, of distorting the facts.

According to Mr. Manko, the DPO reported that the boys were armed robbers; an allegation he said was a lie.

“Actually, the Divisional Police Officer did not present the matter to us the way it happened.  When we started asking questions, we discovered that the two people, who were killed, were not armed robbers as alleged, contrary to what the DPO told us” the CP disclosed.

“When we saw the video clips and watched the way those boys were killed, we told ourselves that we would be failing in our duties if we fail to bring everyone involved to justice.”

Mr. Manko said he took personal interest in the matter following the slow pace at which investigations were done just as he said a senior police officer in charge of Maroko Police Station, CSP Johnson Adenola, who he described as “an upright man”, has been mandated to supervise the trial of all civilians and policemen fingered in the matter.

He said, “Initially, the matter was sent to State Criminal Investigation Department, but they were not moving at the pace I expected them, so I decided to take over the matter personally.

“I have brought the best hands in my command together under the leadership of DPO of Maroko Police Station, whom people have discovered to be an upright police officer.

“He and his team would be supervised by me and we would ensure that people do not take laws into their hands next time. No one has right to take the life of another. We have one suspect in custody already and we will get the others. I will not tolerate impunity by anyone.”