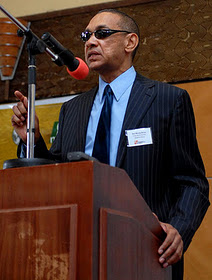 Chairman of Silverbird Group, Ben Bruce has lashed out at the government for spending $8 billion on fuel importation annually.

Speaking in Abuja, at the launching of a book entitled “Why Run Before Learning To Walk”, written by Professor Turner Isoun and Miriam Isoun, Bruce attributed the ongoing Academic Staff Union of University, ASUU strike in the country to lack of fund, which he said was a direct implication of the $8 billion spent by federal government annually on fuel importation. He therefore called for total removal of oil subsidy to enable government tackle other critical needs. 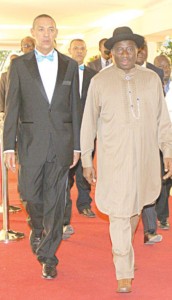 “The reason why Nigeria is broke is because we spend $8 billion a year, to buy petrol that generates smoke. We need to address that issue, a lot of our problems are self inflicting. The laziness of some people in government must come to an end. The expensive life style, popping of Champagne must stop. We must go back to the era of creativity.

“When people are poor, they struggle to become rich, when people have nothing, they dream and think and use their imagination. Rich people are not going to be next NollyWood stars. They have money and resources. The stars of this country are going to come from Ajegunle, poor homes, single parent homes, homes where they have no money, homes where they have one meal a day. These are the kind of people we should have in government with imagination,” he noted.

Bruce didn’t however absolve ASUU of blame in the lingering strike by the union, but lambasted ASUU for complaining of poor funding, after opposing total removal of fuel subsidy, saying, the union must be realistic in their demand rather than playing to the gallery.

“When ASUU went on strike, they asked President, “why will you spend $8 billion a year on fuel importation, when he could have spend it on their welfare.” When subsidy was removed, they opposed government action for removing subsidy and is now demanding for better pay, you can’t oppose deregulation and on the other hand, demand for higher pay” he stated.

Bruce also expressed disappointment with the way politicians spend public fund. He therefore called for adoption of renewable energy and a paradigm shift from being a lazy and consuming nation to a creative and manufacturing nation.

He also lambasted some state commissioners for investing public fund in the importation of tricycle, which he said is a 150 years old technology that should not be allowed into Nigeria, instead , he advocated for adoption of latest and more efficient technologies that would deliver better services to the people.

“The problem of this country can be solved, but too much money makes us lazy and incompetent. We must have renewable energy. We have the sun, so we should use solar power. We have what most people want and therefore, we should use electric cars, and we will not spend $8 billion to import fuel every year.