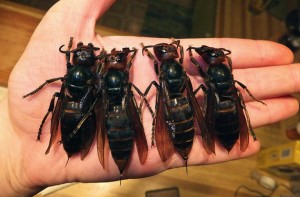 Massive hornets with venom powerful enough to dissolve human tissue have continued their killing spree in China, raising the death toll to 42.

The local government in Shaanxi province says 37 hospital patients are still in serious condition after hornet attacks, and almost 1700 people have been injured over the last three months.

Hornets are a type of wasp, and can be distinguished from ordinary, non-murderous bees by a lack of hair, a longer body and a really bad attitude. Importantly, hornets don’t lose their stingers when they attack, so they can sting you as many times as they like. 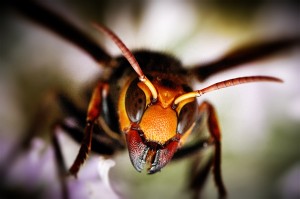 The hornets killing people in China are Asian giant hornets, which grow to an average of 3.7cm in length. The queens are even bigger.

The hornets’ venom contains a neurotoxin which dissolves human tissue. Sadly, Chen Changlin knows all about that. While he survived a recent hornet attack in China’s Shaanxi province, a woman and child weren’t so lucky.

“I ran and shouted for help, but the hornets chased me about 200m, and stung me for more than three minutes,” Chen told China Youth Daily.

“The more you run, the more they want to chase you,” another hornet victim said. When this man was admitted to hospital, his urine was the colour of soy sauce, CNN reports.

China’s wasp season runs from May to November. The situation is so serious that one mayor in Shaanxi province has announced plans to establish a 24-hour emergency response team to combat the hornets.