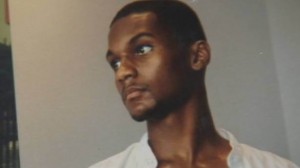 A Georgia woman is searching for answers after her 24 year-old son was found dead in Death Valley, California with several of his internal organs missing.

Iris Flowers’ son, Ryan Singleton (pictured), had left Atlanta back in July to pursue his dream to become a Hollywood actor. Sadly, the dream was cut short when he went missing during a trip to Las Vegas and eventually was found dead by joggers on September 21, in the desert near Baker, Calif.

Soon after, Flowers received the heart-breaking phone call about her son’s body being discovered by local authorities, along with the strange details that his organs were missing.

The San Bernardino County Coroner’s Office says there’s no official cause of death for Singleton. “The body was severely decomposed. Animals might have been involved.”

Flowers, however, isn’t buying the idea that animals are responsible for her son’s missing organs. “I don’t know of an animal that comes to a body and just picks out certain parts of the body,” said Flowers.  “I don’t think it was animal activity at all.”

Flowers says her son left Atlanta in early July, traveled to Los Angeles in a rental car and then drove to New Mexico, Arizona and Las Vegas. Singleton’s car was found in the Death Valley desert a few miles from Baker. Authorities say he was last seen at Baker gas station back in July.

Flowers has arranged for a friend of Singleton’s to bring back his remains to Atlanta later this week.