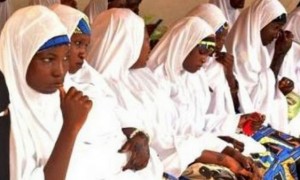 Chairman Zamfara State Businessmen Association, Alhaji Ibrahim Sani, says the association will sponsor the wedding of 100 widows to interested suitors in the state.

This is came following demonstrations by women in the state, over lack of husbands.

Over 8,000 women in the state had on Sept. 26 appealed to the state government to assist them in looking for suitors and to organise a mass wedding for them.

In a chat with the News Agency of Nigeria, NAN, in Gusau, yesterday, Sani said the gesture was part of its efforts to complement the state government in reducing the number of widows in the state.

He said that the association decided to intervene considering the increasing number of widows in the state and the need to assist in addressing the problem.

According to Sani, all the arrangements toward the exercise had been concluded and a suitable date would soon be fixed, adding that the association had already contacted the state Ministry for Religious Affairs, Zakkat and Endowment Board as well as the Hisba Commission for their guidance and advice.

He therefore called on the state government to introduce a policy that would regulate the issue of marriage so as to minimise the incidence of broken homes in the state.

Sani also urged non-governmental organisations in the state to contribute to the programme as government alone could not cater for the needs of all citizens.

He commended wealthy individuals in the state who already contributed to the programme.