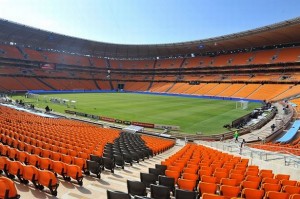 A man reportedly wants an electricity company to pay him nearly £14 millon – because he claims his prayers helped to keep the lights on during the 2010 World Cup.

Modupe, of Lichtenburg, near Johannesburg, is a member of the Zion Christian Church.

In a letter to Eskom, he said the main reason for load shedding was lightning and wind, and that he had taken it upon himself to pray to God and ask that no power cuts take place.

According to Afrikaans newspaper Beeld, Modupe claims he is owed the money because he saved the power utility the burden and humiliation of load shedding.

He is also understood to be willing to consider the offer of a partnership in the company.

His claim will go before the courts on Thursday.