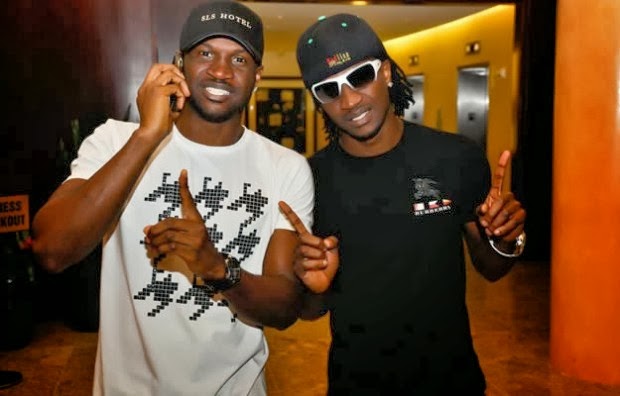 In a recent interview with Punch, when asked when PSquare would be going solo, Peter Okoye said that was never going to happen. He also took time to explain their income sharing formula, which is usually the most common reason for band breakups.
Peter said:Never! We are happy and we share 50-50 of everything. If we do an album now and I am responsible for all the jobs, Paul would still get his 50 per cent. Sometimes, I would write a song and sing the first verse. Paul’s voice may not be good for that second verse but you won’t be able to tell the difference. The only person who may push us to go solo is our mother and that is not going to be possible.
AdvertisementABUJA DOCTOR REVEAL THE UNIQUE WAY TO PERMANENTLY CURE WEAK ERECTION, SMALL AND SHAMEFUL MANHOOD AND INFERTILITY ISSUES WITHOUT SIDE-EFFECTS WITHIN SHORT PERIOD!! DON'T BE A VICTIM!! Click Here for More Details