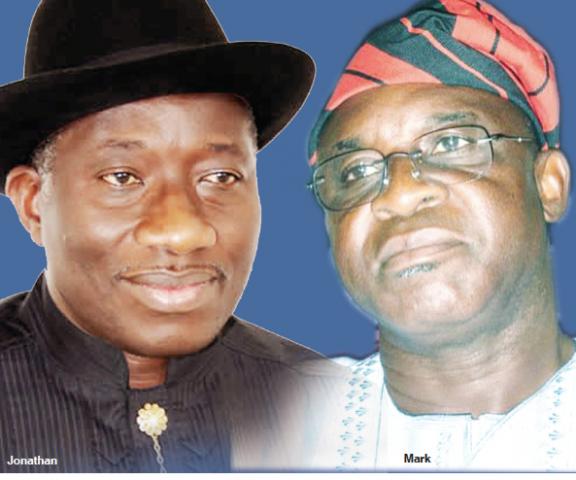 President of the Senate, David Mark, has commended President Goodluck Jonathan for summoning the courage to sign the Same Sex Marriage (Prohibition) Bill 2013 into law despite what he called “tremendous pressure” from leaders of some of the most powerful nations on earth.

Mark said as a result of pressure from the unnamed “powerful nations”, he at a pointed feared Mr. Jonathan would develop cold feet and refuse to sign the bill into law after both chambers of the National Assembly had passed it and the only thing remaining was presidential assent.

He spoke at the opening of the Catholic Bishops Conference of Nigeria’s 2014 first plenary meeting with the theme, “Church and state partnership in providing quality education for Nigerian people”, held at the Our Lady Queen of Nigeria Pro-Cathedral, Abuja.

“I must commend Mr. President for the courage he exhibited because I am aware that at one point, he was under serious and tremendous pressure not to sign that bill into law by some of the most powerful nations on the earth. But he demonstrated courage and patriotism, we must thank him”, the President of the Senate said.

Mark also used the occasion to decry the incessant killings by Boko Haram in the North Eastern part of the country, especially the recent massacre of schoolchildren, describing the acts as unacceptable.

He argued that taking another person’s life was not the right way to express grievances.