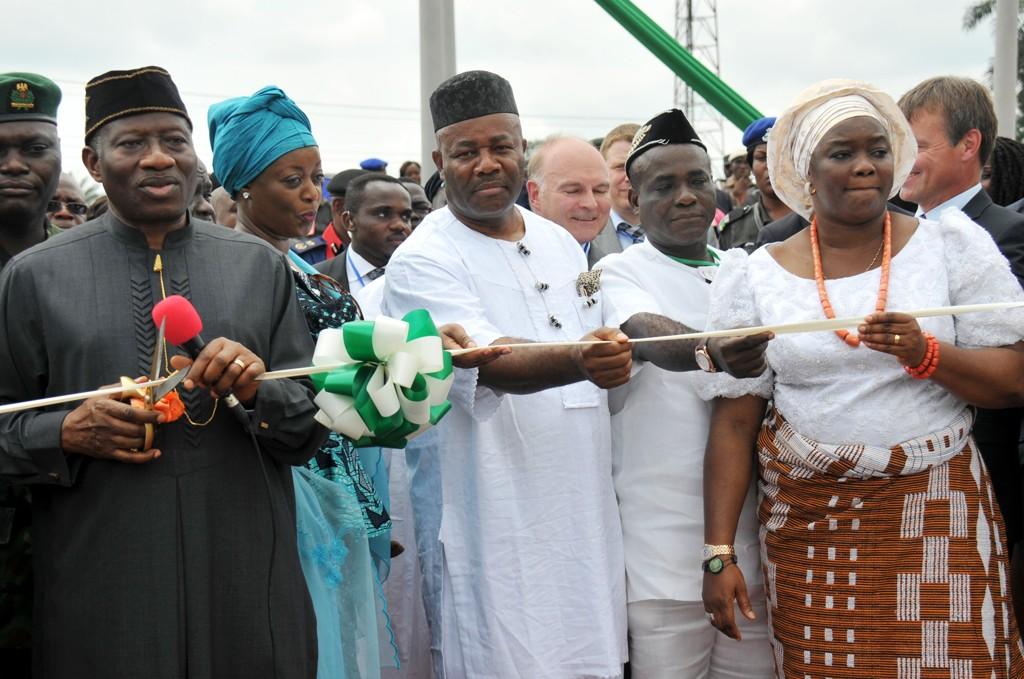 Governor Godswill Akpabio of Akwa Ibom State has called on Nigerians not to allow those he described as enemies of progress to destroy the country ahead of the 2015 elections.

According to the governor, the 2015 elections will offer Nigerians two choices: either to allow enemies of progress to triumph or to allow Nigeria to be transformed.

He spoke on Thursday at a town hall meeting in Uyo, the state capital after President Goodluck Jonathan turned the sod for the construction of $1.5bn Quantum Petrochemical Processing Plant Limited in Ibeno.

Akpabio alleged that it was the same set of people who threatened to make the country ungovernable for Jonathan that are opposed to his second term ambition.

“Let me say as 2015 beckons, the choice before Nigerians is whether they want transformation to continue or they want the enemies of progress to triumph. But for Akwa Ibom, we have taken our choice. We will give the President 100 per cent of our votes in the Peoples Democratic Party primary.

“What is happening to you is that the people who said they would make this country ungovernable for you decided that you should not succeed. But you made up your mind that God gave you this opportunity and that no matter the challenges placed in your way, you will succeed.

“Therefore, the people who want to destroy this country through insurgency, terrorism, and all sorts of things will not succeed”, the governor said.

Akpabio, who is chairman of the PDP Governors Forum, added that Jonathan had restored Nigeria to the true path of democratic governance, stressing that he is the only African leader that believes in true democracy.

He said, “Even though we lost an election in Edo State; though we lost one in Anambra State, he (Jonathan) is always overjoyed that the people’s votes count and would always congratulate them (the oppostion).

“I do hope that others will see the need to be good players of politics and continue to congratulate him, particularly in 2015 when he would have won over 29 states of the federation”.