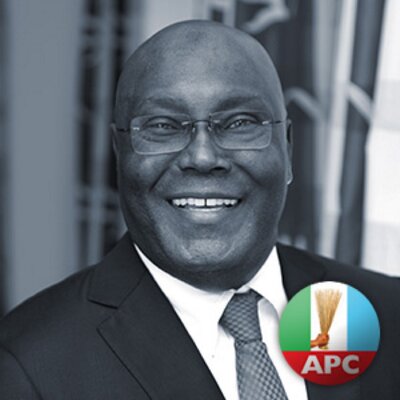 Former Vice President Atiku Abubakar will today formally declare his presidential ambition on the platform of the opposition party, All Progressives Congress.

A press statement by his media office in Abuja, said the former vice president would make his formal declaration at the Shehu Musa Yar’Adua Centre, Abuja, at 10 O’clock in the morning.

According to the statement, the activities marking the declaration would be a largely youth-oriented event to emphasize the ex-vice president’s passion for the challenges facing young men and women in the country.

“Youth economic empowerment is one of Atiku’s cardinal objectives because he regards them as the fulcrum around which the development and future of Nigeria revolves”, the statement noted.

“In particular, the former vice president is concerned about the alarming youth unemployment and he focuses on his policy objectives on the development of entrepreneurial skills for our youth so that they don’t have to depend entirely on the limited, if not elusive government jobs”, the statement added.

On symbolism of the venue for the event, Atiku in a tweet on Tuesday evening, said the late Shehu Musa Yar’Adua, after whom the centre is named, “was a bridge builder, who worked hard to build Nigeria’s first truly national political organization”.

While describing the former military second in command to Gen. Olusegun Obasanjo (retd) as one of Nigeria’s greatest democrats, who died fighting for democracy, the Turakin Adamawa added that he was also “my mentor” and “a great inspiration to me”.