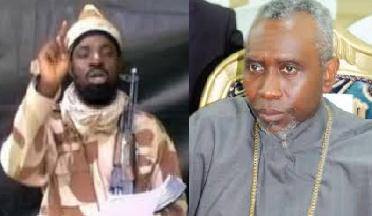 The President of the Christian Association of Nigeria, CAN, Pastor Ayo Oritsejafor, on Wednesday challenged the military authorities to identify those sabotaging the ongoing war against insurgency in the country.

He said the military would not succeed in the war against terrorism if the “bad eggs” within its ranks are not identified and dealt with.

He spoke at the CAN National Executive Council (NEC) meeting in Abuja.

Oritsejafor, who lamented that Boko Haram has taken over the Northeast, said, “There are people even in the international community who will not want to see Nigeria remain as one. They would do anything in their power to divide this nation. They would prefer divided Nigeria than a united Nigeria”.

The CAN leader reminded the military authorities that the Boko Haram sect members are not willing to cease fire until they triumph or get killed.

“We have restrained our people so much and we will continue to restrain them. We need help. We want a nation where everyone is equal where everyone respects the constitution.

“The way out is that all well-meaning Nigerians must pray and continue to pray. We cannot stop praying because that is all we have. I will not join those condemning our security agencies because they are also Nigerians. It is a terrible situation for them too but having said that I want to challenge the military they can do better.

“One of the things they must do which we have being saying for a long time is to continue to fish out those who are sabotaging their efforts. They are within them (the military) and they must after fishing them out expel them from all the agencies.

“They are in all the agencies of the military. This is very vital because no matter how the military plan, if they have people within the system that are undermining the system and working against it, then the system cannot succeed. It is important that what they have started they should continue and finish in the sense that there are too many people destroying the military formation”.