Man Hides Camera In Bedroom Of Teen Neighbour, Watches Her For 4 Years 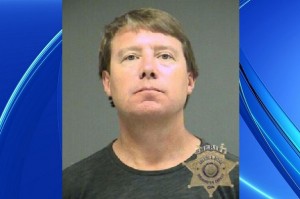 A family have been betrayed by their neighbor with whom they were good friends. 48-Year-Old Bradley McCollum, allegedly placed a hidden camera in the bedroom on his neighbor’s teenage daughter and recorded her while she dressed and undressed. Read More From Worldwideweirdnews:

18-year-old Madison Reed of Oregon, was being watched in her most private moments with a hidden camera, which was placed in her bedroom by McCollum while visiting her family. Madison’s parents found the hidden camera in their daughter’s room.

McCollum pleaded guilty this week, to charges of burglary and invasion of privacy, which are only misdemeanors in the state.  Madison and her parents were devastated to learn that their neighbor had been watching their daughter for over 4 years.

Madison’s father, Clark Reed, was a good friend of McCollum. Their families vacationed together at his home in Cannon Beach, which led to the opportunity for McCollum to secretly record Madison without her clothes.