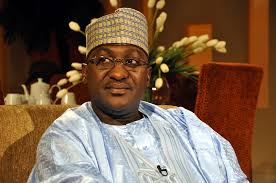 The All Progressives Congress Presidential Campaign Organisation has described the appointment of Mr. Mike Omeri, the Director General of the National Orientation Agency (NOA), as a member of the Jonathan campaign organisation as unlawful.

According to the campaign organization, the action by the ruling Peoples Democratic Party, PDP, contravened Part 2 Section 6 (2) of the National Orientation Agency Act, which stipulates that the Director General of NOA should be “non-partisan”.

While describing the development as unbecoming, the APC presidential Campaign said it was designed to compromise and undermine the rules and principles on which the nation’s public service was founded.

In a statement signed by Mallam Garba Shehu, Director of Media and Publicity of the organization, the APC condemned the inclusion of Mr. Omeri, the Director-General of the National Orientation Agency (NOA), a Federal Government agency, as a member of the Media and Publicity sub-committee of the PDP Presidential Campaign Organisation.

The statement stated further that the inclusion of the name of the NOA DG in some national dailies with other members of the PDP publicity sub-committee was insensitive, reckless and in poor taste.

It, therefore, called on President Jonathan to correct this blunder by ensuring that the NOA DG was dropped from the PDP Media and Publicity sub-committee without delay.

“In this election season, the helmsman of the NOA by the law establishing it, should be in the forefront of the campaign for peaceful and credible election and not to be seen to be collaborating with the ruling PDP”, the APC said.